NodeJs is a program that let’s you run JavaScript code on your machine without the need of a browser. Underneath the surface of node is the V8 JavaScript runtime which is the engine that allows your browser to run JavaScript code. On top of that, node adds some extra functionality to create server side applications (for example fs to interact with the file system, http or https to send and receive http calls, net for tcp streams, and many more).

Real time applications (chat, stocks, IoT)
The event based nature of NodeJs and ‘keep-alive’ connections makes it ideal for real time applications, whenever an event occurs, for example a chat message being received or a stock price being updated, it can emit an event on its connected sockets to update the client’s chat screen or stocks chart.

REST APIs
This will be a topic on its own, but with frameworks built on top of NodeJs like Express or Nest it is really easy to get a REST API up and running in no time at all.

Serverless:
NodeJs is supported with almost any serverless provider (Amazon Lambda, Azure functions, Google Cloud functions, …). So developers can focus on their code and business logic instead of maintaining and setting up complicated server architectures.

File uploading:
When writing applications that depend a lot on network access and accessing files on the disk we have to keep an eye on how the data is being transferred back and forward. For ultimate efficiency, especially when dealing with large sets of data, we need to be able to access that data piece by piece. When that happens, we can start manipulating that data as soon as it arrives at the server. Instead of holding it in memory until all chunks have arrived and writing it to disk, node can for example create a writable stream on the disk and write the chunks directly to the files without keeping them in memory and without blocking the entire application. This way it can also receive multiple files at the same time.

Benefits of Javascript across the stack

Not only does it make development quite a bit faster and easier by having a large community with lots of reusable code for your application (npm). It also lowers the barriers between frontend and backend developers by using the same programming language over the entire stack. So more efficiency and faster, leaner development which in turn means lower development costs.

Also worth noting is that JavaScript is currently THE most popular programming language According to StackOverflow, so more developers will be able to easily understand and contribute to the application if needed. Another important criteria: when it comes to cloud hosting, RAM is probably the main influencing factor when it comes to pricing and since node is designed and encourages developers to write programs to use as less memory as possible it is often a cheaper alternative.

This is usually a big issue/talking point when it comes to node.

In short: each NodeJs process is single threaded. If you want multiple threads, you have to have multiple processes as well. You could say that because of that, NodeJs encourages you to implement microservices when dealing with these larger and complicated applications. Which is a good thing since it makes not only your entire application but also each process individually very scalable. The downside is that this might introduce some added complexity to your application. But with Node’s lively modular ecosystem (npm) you can imagine there are already solutions to make setting this up a lot easier, (i.e. Moleculer, Seneca, …).

An important characteristic of microservices is “shared nothing”. Node has a shared-nothing model:

Additionally, node has some other features to make use of multiple cores like for example the cluster: a single instance of NodeJs runs in a single thread. To take advantage of multi-core systems, the user will sometimes want to launch a cluster of NodeJs processes to handle the load. The cluster module allows easy creation of child processes that share server ports and automatically load balances across these processes.

As we’ve said before, NodeJs encourages you to take advantage of non-blocking code (like JavaScript promises). To demonstrate how this works, I’ll give you an example in pseudo code for reading a file from the filesystem.

Difference:
When reading two files, the blocking code starts reading the file. In case of a large file, let’s say this takes 5 seconds. After the file has been read, it logs its content. Then it starts reading the second file which again takes around 5 seconds and the content gets logged.

In the non-blocking code, we tell the processor to start reading the file, and when it’s done, to “let us know” (resolve promise) so that we can do more stuff with it. At the same time since there is another file to be read, we start reading the second file and again tell the processor to notify us when it is ready so that we can do stuff with it. Whenever a ‘Promise’ of reading a file resolves, its callback (in our case, the pseudo code: print contents) gets executed (this also means that, when file #2 takes less time to be read, it will be resolved and printed first which is something you might want to keep in mind).

Node uses Google Chrome’s V8 runtime engine to run JavaScript code, we’ve shown this video in one of our previous blog posts before, but since it might be useful to know how it works under the hood I’ve included the video once more. When it comes to node development there are some differences, since we don’t get events from the DOM. In node we can get them from the NodeJs event emitter but the way it works stays the same. It has some useful tips like avoiding to block the call stack.

Download the installer for your OS at https://nodejs.org/en/download/. Or, if you are a Mac user and have brew installed you can install it with brew.

Open a terminal and run the following commands:

Previously I talked about one of the benefits of node being its vast ecosystem of open source code that you can exploit. To avoid having to write the same common logic over and over again, node’s greatest feature is probably its modularity. You can put common logic in a node module that you can reuse over and over again in different components of your projects or even reuse them in other projects.

NPM or ‘Node Package Manager’ is an online registry for node modules. When you’ve written a useful module, why not share it with the world. Whenever you’ve implemented some common logic that can be reused across projects, it is a common practice in the world of JavaScript development to make it Open Source and share it with other developers who might want to implement the same logic. This way they don’t have to write it themselves which saves times and headaches. Just like using other people’s modules might do for you.

Here are some useful npm commands to get you started:

npm init
Start a new project. This creates a package.json file that keeps track of the installed modules (if you save them).

npm install <module_name>
Downloads a module that is registered (by name) on the npm registry. To see which modules modules are available, simply visit npmjs.com and search for whatever you need. The downloaded code will be saved in the node_modules directory. (Unless global install)

npm install <module_name> —save
installs and also updates your project’s dependencies in package.json

For a full overview of npm commands and further documentation of npm, check out this page: https://docs.npmjs.com/

Once you have installed node you can open a terminal window and run node. This will return a node REPL where you can run JavaScript code. For example:

Using the REPL can be useful sometimes, but when we want to make some persistent programs, we might want to write our code in a file and run the content of that file.

To keep it simple for this first project, we’ll simply make a program that logs ‘hello’ and ‘world’ in your terminal, we’ll log them separately just to show you that there’s different ways to log data with node.

An example of non-blocking code

When you’ve watched the video about how the V8 Engine works, you’ll know why ‘hello’ gets logged first and ‘world’ second: What happens is:

There’s no need for an additional thread to pause the program for 2 seconds and after that log ‘world’. The V8 Engine handles this for us just like it does with any other async functionality in the browser. So this is a very simple example of how non-blocking code works in NodeJs, the timeout did not block our code, ‘hello’ got logged right away.

Now lets give you an example how to create a node module (a very simple and not a very useful one) but just to give you an idea of how you can export your code and use it in other files.

To import modules that you’ve installed with npm, don’t specify a path, but give it the package’s name. For example:

To learn more about how to use require go check out this useful url: Requiring Modules.

Now that we know how to require other modules, let’s create a basic server application. We’re not going to install any server frameworks (like Express) yet, instead we’ll require a module that comes with node. Node has some built-in modules that you can use like http (HTTP server), https, fs (file system), net (TCP sockets), …
(a list can be found here: https://www.w3schools.com/nodejs/ref_modules.asp)

For this program, we’ll use node’s http module.

You can now open our browser, visit localhost:3000 and should see our ‘Hello world’ response from the server.

Another great feature that comes with NodeJs is the event emitter. The event emitter allows us to emit and listen for named events, whenever the EventEmitter emits an event all the functions attached to the named event are called synchronously.

It’s real simple, let us show you with an example:

There are many ways that you can utilise readable/writable streams with NodeJs, for example the file system to read/write to files. But to give you a simple example, let’s reuse our code from our hello server. Since the request object is a readable stream and the response object is a writable stream, we can create an application that pipes the data from the request, back to the response. Let’s see it in action with an example:

A single instance of NodeJs runs in a single thread. To take advantage of multi-core systems, the user will sometimes want to launch a cluster of NodeJs processes to handle the load.

More information on clusters on https://nodejs.org/api/cluster.html

So that’s it for this blog post. I hope it was useful to you. If you have any suggestions or feel like I’ve forgotten to mention some important stuff, feel free to comment below. I’m currently working on some follow-up tutorials:

Once these are finished I’ll add the links below, so stay tuned! 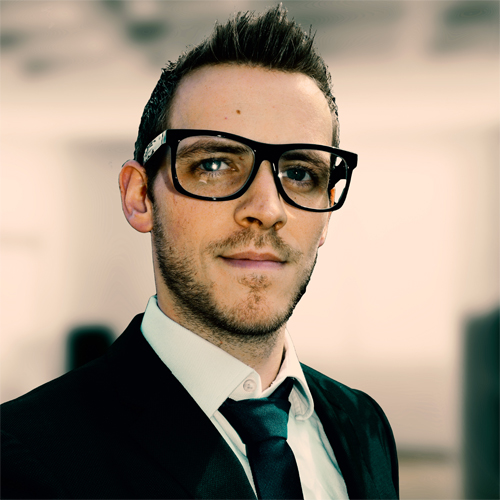 Michael is a full stack JavaScript/TypeScript developer specialising himself in backend development with NodeJs and Express and has a solid background in frontend/hybrid mobile development. As a member of Ordina’s core ‘Internet of Things’ team he has collaborated on some challenging and innovative IoT applications.