Don’t be the bottleneck.

Although it has been quite some time, I still remember my first project as technical team lead like it was yesterday. Before taking on that responsibility, I had worked hard as a developer and had naturally stepped into some minor leadership roles along the way. I was very honoured to be trusted with the technical team lead role, and soon the team was coming to me for direction while my manager was looking at me for updates on how the team was performing. Quite quickly I found out that management expected me to keep running my team efficiently, but in the meantime I was also trying to be as productive as I used to be when I was a developer by delivering all my user stories on time. Needless to say that my tasks started to pile up, my to-do list was bursting at the seams and my frustrations grew by the day.

Common pitfalls new tech leads often experience is that they feel like they must review every change to the codebase, they must have the final say on all technical decisions, or they must be involved in every discussion. By doing this, they unintentionally become a bottleneck and slow the team down. At worst, they even make the team members feel micromanaged and disempowered. I realised that in order to keep my team productive and thus becoming an effective tech lead, delegation was one of the major keys to success. At first, I struggled with learning this new skill. After all, I was not producing anything concrete anymore. There was no rewarding merge request afterwards, nor a notification of a successful build. The new skill I yet had to learn did not have the same tangible output as writing code.

“Sometimes you just have to be willing to delegate and not feel like you’re the only one with the answer.” - Ronald D. Moore

Nothing is black or white.

“Delegating” means that you give someone else the authority to do part of your job. Consequently, it’s not a part of their job, but you are giving them the authority to do tasks that you normally take up yourself. It’s about letting people make decisions for themselves without micromanaging them. The misconception a lot of people often have is that delegation is binary: it’s all or nothing. They worry that others will screw up the things they care about a lot, and therefore rather not take the risk of delegating the task at all. However, there actually are different shades of grey when it comes to delegation.

The diagram below shows the relationship between the level of freedom that a team lead chooses to give his team and the level of authority used by the team lead. 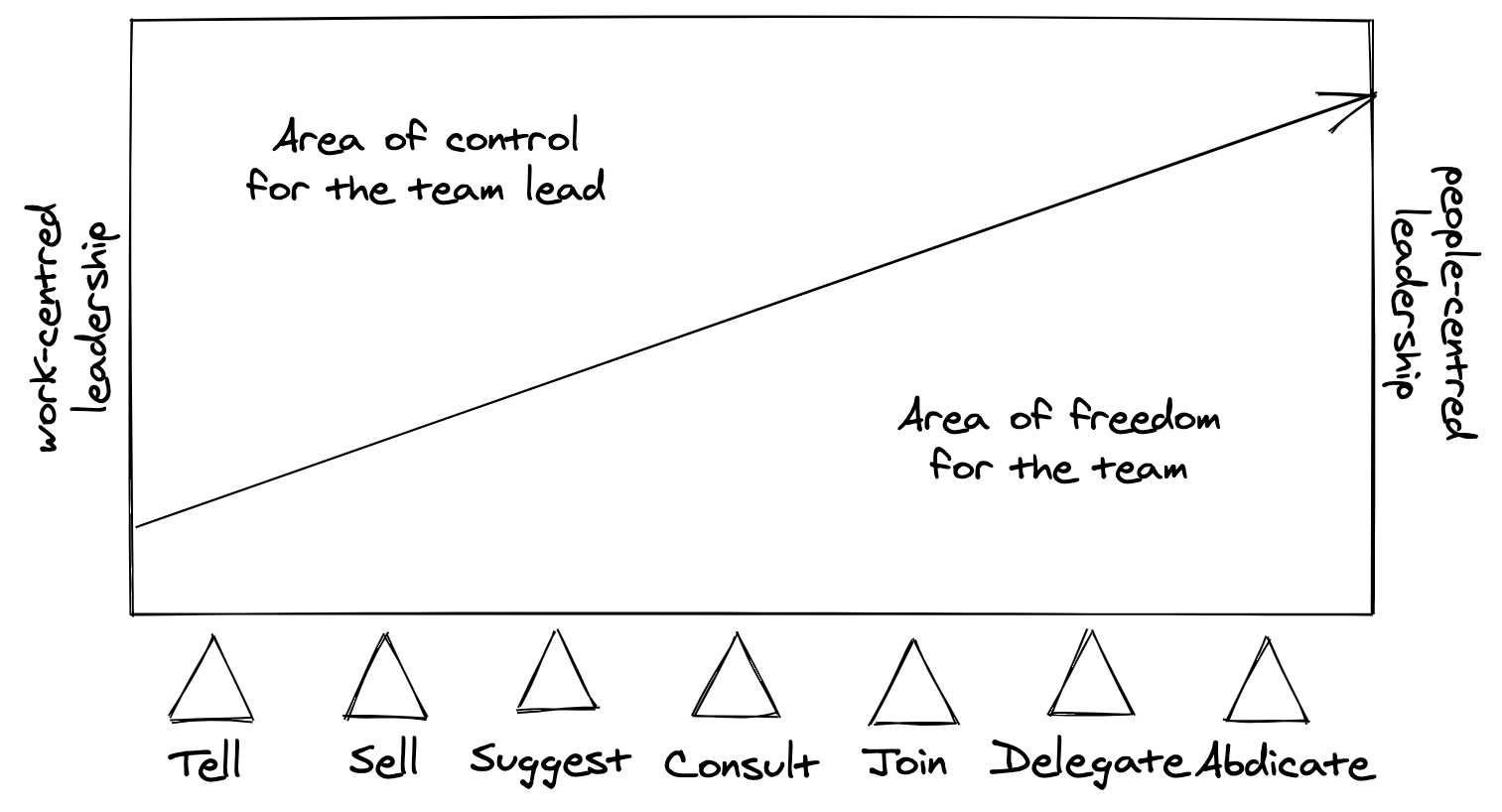 This is the Tannenbaum & Schmidt Leadership Continuum, a leadership model that was designed by Robert Tannenbaum and Warren H. Schmidt and first published in the Harvard Business Review in 1958. Their leadership model only gained popularity since then and today still is a frequently used tool to identify and select the most appropriate leadership style for any situation. It stipulates that as you move up the slope from left to right on the diagram above, the leader gives up his authority to make solo decisions and he increases team involvement. The team’s freedom increases when the team lead’s authority decreases and he delegates more of his tasks to the team.

Based on these different levels, we can conclude that in any decision-making process, there are three key steps:

The following diagram shows that as you move through the Continuum, the control over these three steps transfers from the leader to the team. 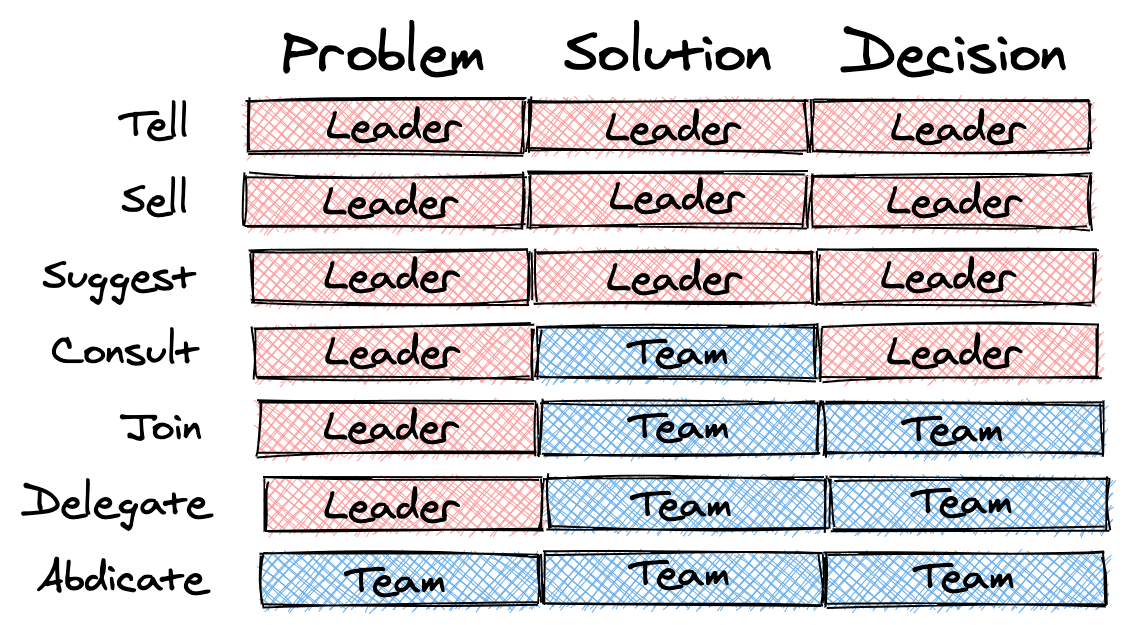 Depending on your personality as a team lead, you will probably feel that some delegation approaches listed above are more in your comfort zone than others. However, sometimes it’s not entirely up to you as the type of delegation to follow might depend on the situation at hand:

So while the Tannenbaum & Schmidt Leadership Continuum does not present a clear guide for what is best, it does provide a framework for leaders. Ultimately, the unique combination of the leader’s own personality, the capabilities of the team and the nature of the project or task will determine which type of delegation is preferred.

Although the appropriate level of delegation depends on the context, the advantages of effective delegation for both team lead as well as the team are clear: the team lead gets more time to focus on critical issues, and the team develops new skills and grows into future technical team leaders. 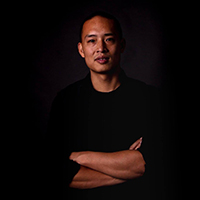 Martin is a Java consultant at Ordina Belgium. He enjoys a good technical challenge and has a strong interest in architecture and eHealth.