Draft is an open-source tool from Microsoft Azure. It attempts to make the development for Kubernetes clusters easier, by getting Docker and Kubernetes out of the way.

Developers no longer require Docker, and can just push their applications to a remote Kubernetes clusters using Draft. Draft accomplishes this by using only two simple commands.

The first command is draft create. This tool detects the application language, and writes out a Dockerfile and a Kubernetes Helm chart in the source tree. These files are generated based on Draft “packs”. These packs are simple scripts that only detect the language and write out the Dockerfile and Helm charts. The idea is based on some features of PaaS systems like the Cloud Foundry’s buildpacks. The only difference is that the build and deployment descriptors are stored in the source tree.

The second command is draft up. First, all source code will be uploaded to any Kubernetes cluster, local or remote. Then, the application is built on the cluster using the generated Dockerfile. Finally, the built image is deployed to a dev environment using the Helm Chart.

Draft does not support many languages yet, but it currently supports most of the popular languages like Java, Python, Golang, JavaScript, Ruby, Swift, PHP, C# and Clojure. It also has support for Gradle and Maven projects. You can see all packs here.

The total list of tools required is the following:

We will start by installing the latest release of Minikube using Homebrew. If you do not have Homebrew, you can check how to install Minikube here.

After Minikube has been installed, we can install Azure Draft! First, we add the Azure Draft repository by adding a Homebrew tap.

Now that we have added the repository, we can install Draft!

If you do not use Homebrew, you can download the latest release of Draft here. You will have to unzip the download and add it to your PATH manually.

Now we have downloaded all required dependencies, we can start setting up our cluster. Let’s start our Kubernetes cluster.

The cluster is up and ready. As you can see from the output, Minikube also configured our kubectl client by automatically creating a .kubeconfig file.

To be able to use our Draft agent on the server, we will need to enable the embedded Docker registry on the cluster. Minikube makes this straightforward using an addon. We only need to enable it!

Now that we have our Minikube up and running, we can install the Helm server agent (Tiller) and the Helm client.

Even though Tiller is installed now, you must wait for it to be deployed. Wait until there is one instance ready!

All requirements are set up now for Draft. Let’s install the final component: Draft!

Uh, oh! Seems like Git cannot clone the Draft pack repo. According to this GitHub issue, this happens with Git version 2.16+.

If you have this error, the workaround currently is to manually add a specific version of the pack repo.

Great. The workaround works! As you can see, Draft is still in alpha and will not properly work yet.

This setup is of course for local development. If you want to have a production ready, RBAC enabled, Draft setup on a remote Kubernetes cluster, you can take a look at the Advanced Installation guide.

If you managed to get to this point, you either went through all the effort to set everything up, or you skipped to this part!

Let’s run it to see if it works.

The application works. Now we can let Draft create the Dockerfile and the Helm chart.

Draft detected that it was a Go application, It generated a Dockerfile and the Draft deployment descriptor, and it also copied the Go pack to the charts directory. This is great, as it enables the possibility to customize the pack for this specific application.

Let’s take a look at the generated Dockerfile.

The official Golang onbuild image is used. This image is great for development purposes, but I would not recommend using this image for production purposes, as it is around 700MB, while the application is only a few lines of code.

For demo purposes, let’s continue to use this generated Dockerfile, and try to deploy our application on Kubernetes using Draft.

Building and pushing this application took around 2 minutes, which seems pretty long, but that is highly likely because of the 700MB base Docker image. This image first needs to be downloaded. Then it needs to be pushed to the registry.

We can connect to the application using draft connect.

Let’s see how the application is installed on our cluster.

As you can see, our application has successfully been deployed to Kubernetes, and is deployed using a Kubernetes Deployment resource.

The services are not exposed by default, so we will need to either use kubectl port-forward <pod> 8080, or SSH into our cluster.

If you want to expose your applications automatically using Draft, you can use a Kubernetes Ingress Controller for this. You will need to enable an Ingress Controller in Kubernetes (minikube addons enable ingress), and initialize draft with the --ingress-enabled flag. More information about this can be found here.

Draft is meant to be used during development, so it is important we can push changes. Let’s make a change to our application.

Now that we have made some changes, let’s try to deploy our new version. This is done using the same command.

The build time has gone down from 2 minutes, to 28 seconds. This is because the Golang Docker image no longer needs to be downloaded and/or pushed to the Docker registry.

The deployment is updated with the new version of the application. Old pods are taken down by Kubernetes and new ones are started.

Our changes are now deployed to the Kubernetes cluster!

Draft is great for local development using Kubernetes. It is meant to be used before committing and pushing your code.

Applications can be deployed to Kubernetes within minutes, without requiring to write Dockerfiles and/or Kubernetes resource files.

Azure Draft is still experimental for now, but the development team is active, and I have not run into many issues yet.

It brings one of Cloud Foundry’s best features, namely build packs, to Kubernetes. It’s definitely worth a try! 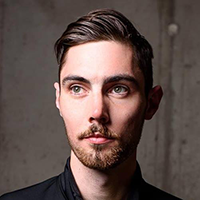