Containers are all the rage at the moment so I guess everybody knows how to build and run a container by now. But what use is one container by itself? In this post, I will show how you can create networks within Docker and what they are used for.

Afterwards, I will guide you through a step-by-step example on how to create a Docker network and add containers to it. This way, we will end up with a multi-tier application that is running on Docker containers in a basic network.

In the current application landscape, we see a strong rise of distributed applications. This is done by implementing a microservice architecture and deploying these applications in Docker containers. It’s important that these containers are able to communicate with each other, after all, what good is a microservice that is isolated?

In order to achieve this, a couple of patterns are used. In this post I will demonstrate two of these patterns to you. 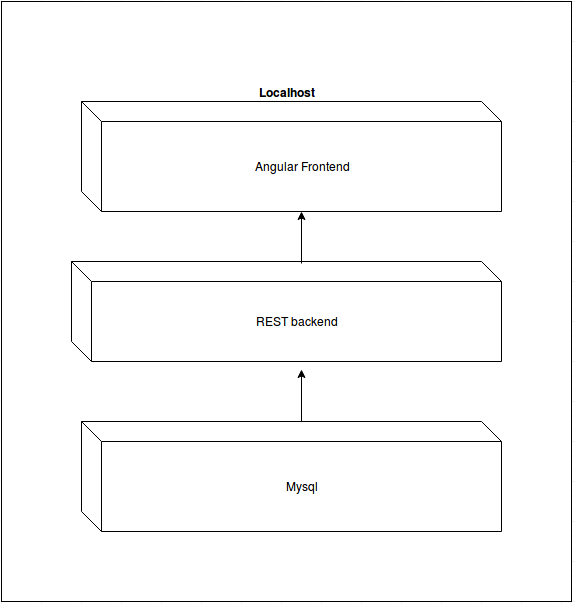 All of our Docker applications will be deployed on one host machine. We will have a custom Docker network running with three containers attached to that network:

You can find all the code examples on Github. The only thing needed to complete this guide is a working Docker installation.

To start this guide, let’s have a look at the Docker networks that are available on our machine:

When you run a Docker container and you do not provide any network settings, it is by default attached to the bridge network.

Containers that are connected to this default bridge network can communicate with each other by using their internal Docker IP address.

Docker does not support automatic service discovery on this network.

We want to be able to access our containers by using their container name instead of the internal IP address so we are going to create our own network:

This creates a user defined network with the bridge driver that is called basic-bridge. If we look at the Docker network stack, we see that our user defined bridge network is added: 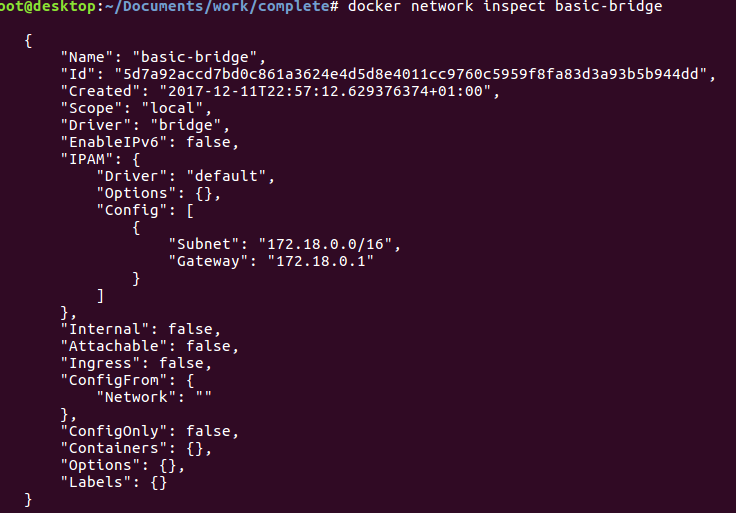 Now that we have created our own network, we can start attaching our containers to that network. Let’s start off by creating the MySQL database container. The following command pulls the MySQL image from the Docker repository and starts it as a container that is attached to our network:

That’s easy right? This container is attached to the basic-bridge network that we created in the previous step. Run the following command to look at the container in detail:

We can see in the output that it has gotten the 172.18.0.2 IP address and that it’s using the default gateway of the network that we created. Now we should set up the database in our container with the schema for our REST application.

This will connect a MySQL shell onto our localhost:3306. We can access this port because we exposed it when we started the container by using the -p flag. Note that this is done for convenience only, so we can access the container from our host and set up a schema. Now run following SQL commands in the MySQL shell.

Now that we have setup our MySQL container and initialized the schema we are ready to create our REST backend service.

You can find the code and Dockerfile for the backend container on the Github link earlier in the post under the /backend folder. The backend application itself is pretty simple. It just listens on port 8080 for requests on the path /greeting. You can pass the name request parameter to this path to get a customized response. The application fetches its greetings from the database container we set up earlier. I added following properties under src/main/resources to connect it to our database:

The important part here is that I referred to our database by using mydb:3306.

We are able to do this because we will launch this backend service on the same docker network as the mydb container. This way, they will be able to resolve each others name by using the basic-bridge network we created.

Next up, we will build the container from the Dockerfile I created. To do this run the following command in the /backend folder:

Once the Docker image is built, let’s run it in a container:

By using the --network=basic-bridge, we attach the container to the basic-bridge network that we created earlier.

You can look at the network details of this container by using:

We can see in the output that it is attached to the basic-bridge network just like our mydb container. We also used the -p 8090:8080 flag to expose the inner 8080 port (the port our Spring Boot application uses) to the outside world via the 8090 port.

We can now curl or browse to localhost:8090/greeting to verify that everything is working:

We can see that our service successfully returned a response.

We can now create our frontend AngularJS application that consumes the REST service we just created.

You can find the code for this application under the /frontend folder in the Github repository. Create the Docker image for the frontend container by running:

AngularJS renders in the browser so it’s not rendered inside a Docker container.
This means that our angular application would not be able to contact the REST backend container as that container is only known within the docker network.
To work around this inconvenience I will explain 2 alternatives:

The result in both cases is that our angular application can contact the REST backend and serves up a good response.

As I mentioned before both these alternatives have pretty obvious flaws in them.
In a real world setup you would like to make your REST service publicly available on a webserver so that consuming applications would be able to connect to it by using that public URL.
If there is interest in this kind of setup I can cover it in a later blogpost.
Our application setup is now complete and our full setup looks like this:

As we saw in this guide it is actually pretty simple to create a single host Docker network and enable containers to communicate with each other over this network.
When we created our Angular application, we saw that this approach has its limitations.

Another limitation of this setup is that this kind of network is limited to a single host as it will not work over multiple hosts. Of course nobody wants to run a distributed application in containers on one host.

I will make a follow-up blogpost where we look into Docker multi-host networks by using weave.NET. 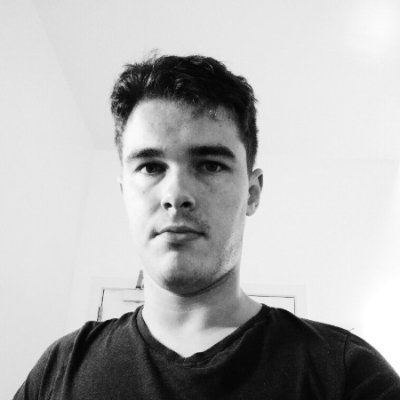 Bas is a cloud platform architect at Ordina Belgium who is fascinated by aws, containers and pipeline automation. He started off as a Java full stack developer but got more and more into the devOps and cloud world where he currently spends most of his time.