There are lots of command line interfaces (CLIs) available these days, some of which are written in Golang. There’s even a big chance that you’re using one of them. Docker or Kubernetes for example, have a CLI written in Go. These were written using a framework called Cobra. And that’s exactly what I’m going to use to show you how to write your own simple CLI with Golang. I’m also going to show you ways to provide parameters like environment variables and config files to your CLI, so you can do more than just the basics.

The framework Cobra provides a generator that adds some boilerplate code for you. This is handy because now you can focus more on the logic of your CLI instead of figuring out how to parse flags. Assuming you have Golang correctly installed, you can get the generator by doing the following:

This creates an executable which you can run from anywhere, because it is located in the $GOPATH/bin directory, which is in turn added to your PATH variable if you installed Go correctly.

You can go ahead and create a new folder for your Go code. The name of the folder will be used as the name of your CLI. Navigate inside this folder with your terminal and execute $ cobra init to start a new project. It should generate a main.go file and a cmd package.

Sidenote: by default Cobra will add an Apache License. If you don’t want this, you can add the flag -l none to all the generator commands. It will however add a copyright claim at the top of every file (// Copyright © 2018 NAME HERE <EMAIL ADDRESS>). If you pass the flag -a YOUR NAME the claim will contain your name. These flags are optional though.

When you look inside the main.go file, there’s not much going on. It just calls the execute function of the cmd package. This function resides in the root.go file, which is doing a lot more. For now, just focus on this part:

Here you can define how to use the CLI, together with a short and a long description.

In the next step we need to think about which actions we want the CLI to perform. A good practice is to work with verbs like get, post, describe,… For our example we want the CLI to say hello, so I’m going to construct it as follows:

To do this we can leverage the generator again to add a new command for us:

It will generate a file inside the cmd package called say.go. In this file you can again specify the way you want the command to be used and describe its function. You’ll also see the execute function which gets executed every time you call hello-cli say. You’re probably never going to use it like that, except with a --help flag. If a user calls it like that, we want the user to know he needs to provide additional items to the say command. So we’re going to return an error if that happens. The Run function of the cobra command doesn’t return anything by default. You can however change Run to RunE, which expects the function to return an error if there is any:

The RunE function also shows the help output if there’s an error. This is to show the user how to properly use your command.

At the bottom of the file you’ll see a function called init:

Here you can add subcommands and flags. By default, the say command is added to the root command, which is exactly what we want. Let’s add a sub command to say hello:

Now execute the following inside your projectfolder:

If everything worked correctly, your CLI should output “Hello World!”.

To make your CLI a bit more interesting, we are going to add some flags. You can choose between local and persistent ones. Local flags are available only for that command, whereas persistent flags are also available for the subcommands of that command. For this example we want to greet a person by name. We’re going to do this by making a --name flag. Navigate to the init function of the sayhello.go file, and add a flag:

To make the flag do something we need to add some logic to the Run function:

Do a quick go install, and check if it works:

The output should be “Hello Nick”.

Using environment variables instead of flags

If you don’t want to pollute your command line, or if you’re working with sensitive data which you don’t want to show up in the history, it’s a good idea to work with environment variables. To do this, you can use Viper. Viper is another dependency from Steve Francia. Cobra already uses Viper in the generated code, so why not use it as well. You can however achieve the same result by using the os package from the Go standard library.

That’s all you need to do to parse environment variables.

Taking a file as input

For this next part, we want to provide multiple parameters to our CLI. You can provide flags for every single one of them, but when you have a lot of parameters, a config file can be a better option. So create a new file with a .yaml extension, and add the following contents:

If you used the generator, There will already be a flag configured that expects the path to an initial config file. You can find this flag in the root.go file under the initConfig() function. As you can see, it uses Viper again to do this.

Good news! We don’t have to do it ourselves! The only thing we need to do is to extract the variables from the file:

Again use Viper in the same way as you did before with the environment variables. Try it out by doing another install and entering the following command:

You have successfully written a CLI in Golang that can parse about any variable around the block! All sample code can be found on GitHub. 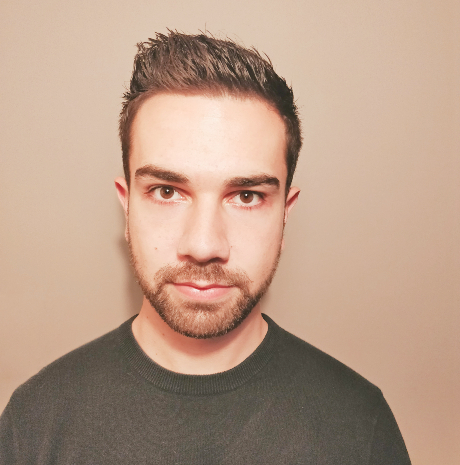 Nick is a Java developer with a focus on backend development. This is certainly not an exclusion. Outside the Java world, you can also see him messing around with Angular, Go and Kubernetes and lots of other technologies.