Agile & DevOps Summit Brussels is a one day conference on agile practices and DevOps. In this post, I will take you along to the various talks that were attended.

Agile is (not) only for IT

The talk started with explaining that all 12 principles of the Agile Manifesto can be applied to all layers of the organization, it’s not only for the IT department (hence the title). The Agile Manifesto enables everyone to focus on the same objective and towards the same goals.

In order to get everyone to focus, it’s important to know in what situation you are. To find out, you can use the Cynefin framework. This framework explains where you belong by differentiating between 4 different domains.

To take a real example: ‘Planning a birthday party for your child’:

When you’re in a complex situation, you can apply the agile principles.

The other part of the talk was about the Agile Wave and how it affects other parts of your organization other than IT. If the IT department starts working according to the agile principles, there is always an impact on the other domains of your organization. For instance, if you have a team that goes agile, there’s an impact on items like budget, bonuses, costs, collaboration, estimation and so on. So the other domains need to adapt as well.

So agile is not only for IT because:

The next talk’s subject was the issue of measuring agile maturity in an organization. Agile maturity can be answered with 3 questions:

If you can answer those 3 questions as an organization, you’re already far ahead of others in terms of agile maturity.

To determine the maturity, discuss the following items:

Bring Agile out of the software sector

This talk touched the same subject as the first talk, but had a bigger emphasis on why an organization should shift towards agile. There are some organizations that don’t like change, they’re not comfortable with it. Yet inevitably, everyone needs to adapt. In general, IT departments are used to change and quickly embrace it, but other departments might not.

The biggest investment that will be needed when transitioning is people’s moods and behavior. So it’s important to state why agile is useful and what the advantages are:

The process of change traditionally follows the Kübler-Ross model. 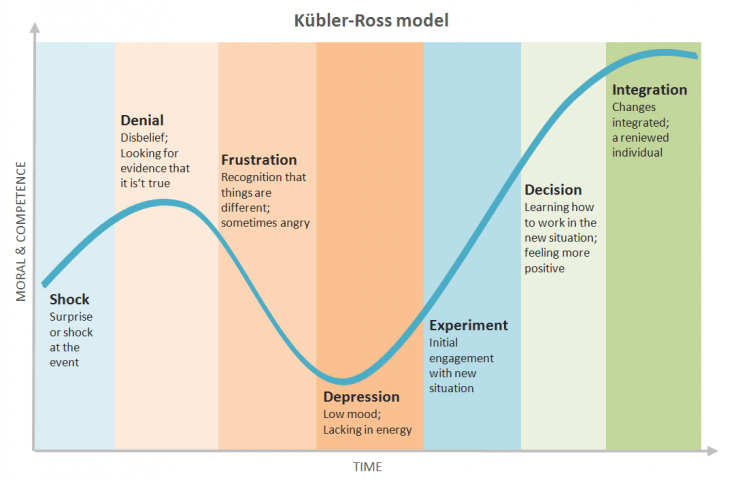 Unlike the other talks, this one featured a panel discussion about what you should do if you want your Agile and DevOps transformation to fail. A discussion was had with 3 panel members and the rest of the audience.

To be clear, this list contains a fair bit of sarcasm.

The last talk I attended was a discussion about the agile model of Spotify that is becoming the new Xerox. The term ‘new Xerox’ is a reference to the generic trademark that Xerox became. When you talked about photocopies in the past, you would talk about Xerox as they were the leading organization in that area. Other examples are Bic, Sharpie, Croc and so on.

The speaker then started talking about the agile model that Spotify uses in The Good, The Bad and The Ugly terms. 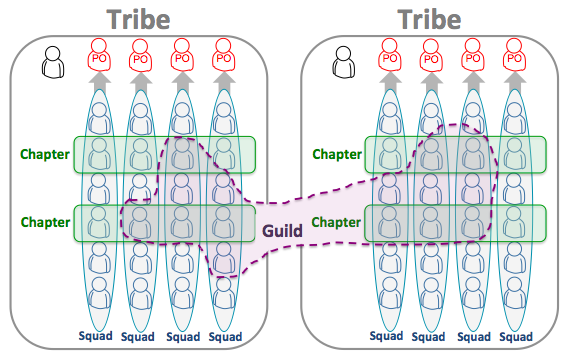 The terminology that Spotify uses has some issues:

To complete the talk, he explained the acronym CALMS that is used for DevOps transformations: 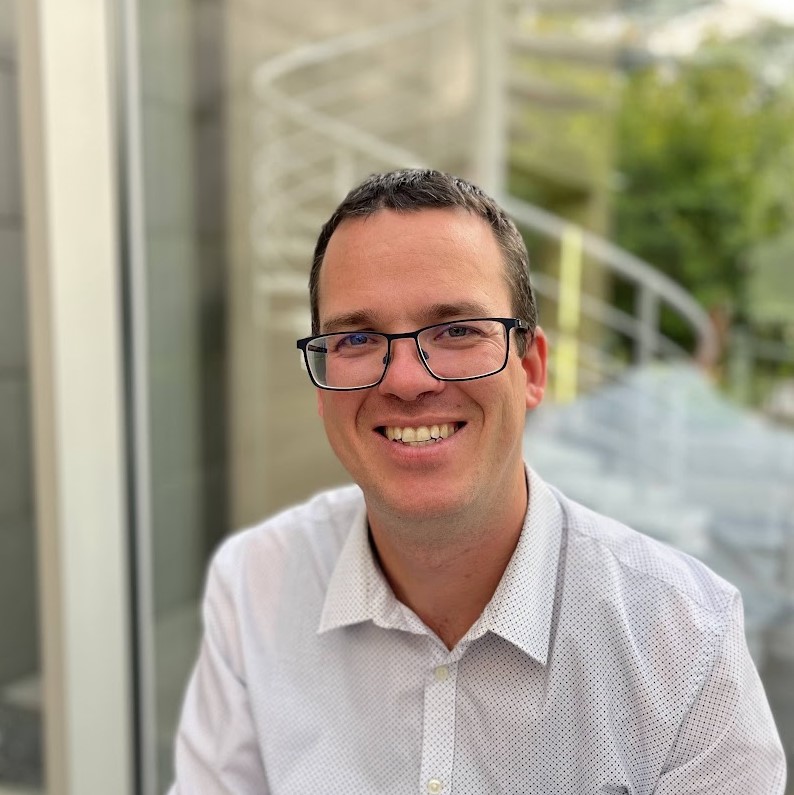 Wouter is a Scrum Master at Ordina Belgium. Passionate about agile. Eager to share knowledge. Not afraid of challenges. Always interested in learning and discovering new things.