XP Days Benelux is a two day conference on agile software development for and by agile practitioners. In this post, I will take you along to the talks and sessions I attended and participated in.

The 8 Stances of a Scrum Master - Barry Overeem 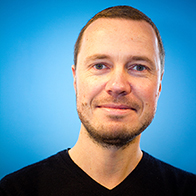 Barry Overeem is a freelance Scrum Master and Professional Scrum Trainer at Scrum.org. He’s an active member of the Scrum community and shares his insights and knowledge by speaking at conferences, facilitating workshops and writing blog posts.

It is very common for a Scrum Master to get tasks assigned, that aren’t actually tasks a Scrum Master should be performing in the first place. The job description of a Scrum Master comes with a lot of other tasks than people, sometimes including the Scrum Master, assume.

The session starts with an overview of the eight misunderstood stances of a Scrum Master: 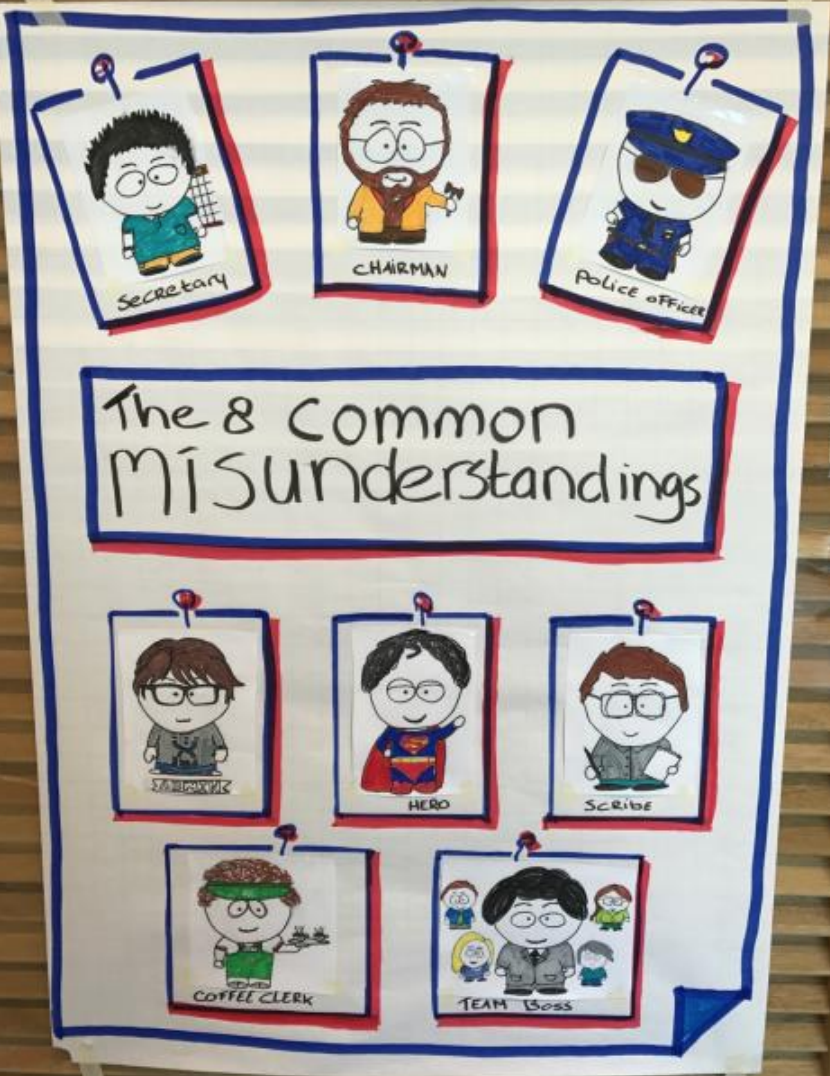 So, what are the eight preferred stances of a Scrum Master then? Glad you asked!

The eight preferred stances are: 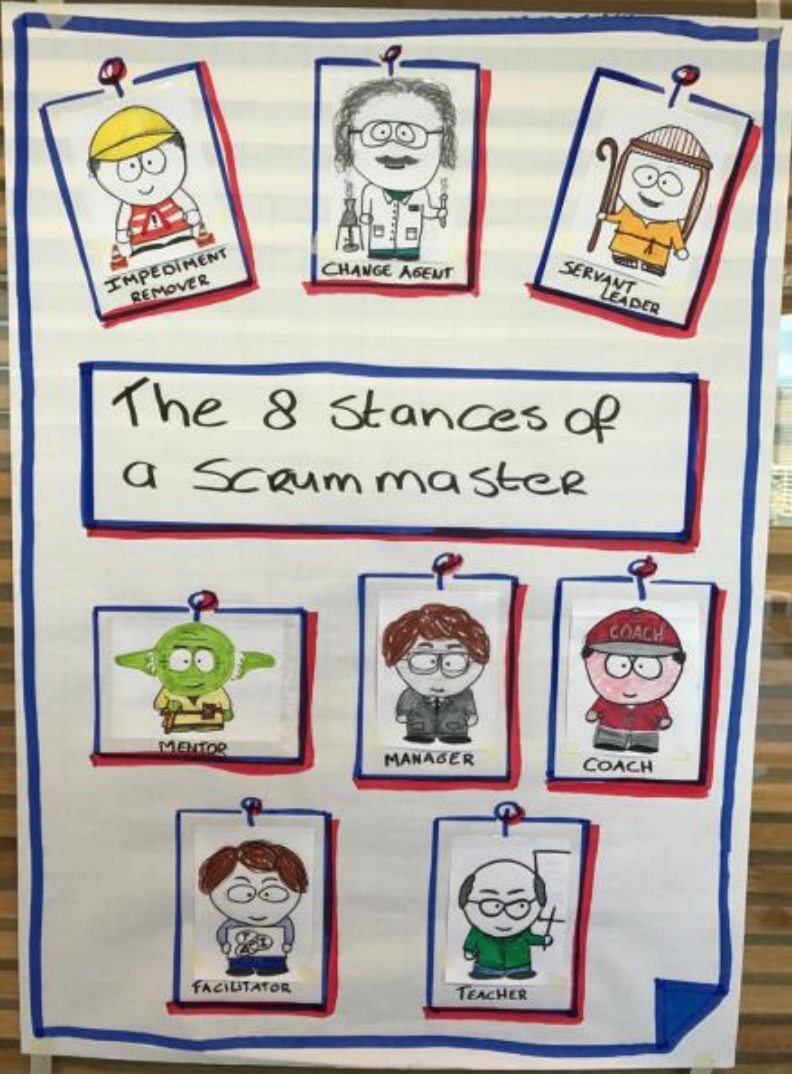 “The art of teaching is the art of assisting discovery.” - Mark Van Doren

More info on the 8 Stances of a Scrum Master can be found here. 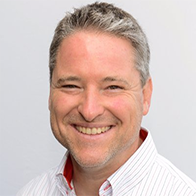 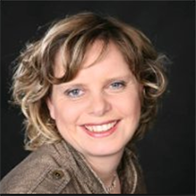 Remi-Armand Collaris is a team and organisation coach who uses Agile, Scrum and LEAN ideas to find new ways to help people, both within teams as well as among teams, communicate and collaborate better.

Linda Dorlandt is a mentor in change processes that help teams collaborate and reach a common goal. In order to do this, she uses and teaches methods for coaching and process management.

The session by Remi-Armand and Linda started with two exercises. For the first exercise, we had to pair with one of our neighbours where one of us was the coach and the other the coachee. The coachee had to open up about an issue they’re facing that they cannot solve by themselves and the coach had to try to resolve it by suggesting solutions. After a few minutes, we had to switch roles. Both people then had to show to the group whether they felt better about the problem or not. The second exercise dealt with the same problem, but instead of immediately trying to suggest solutions, the coach asked questions to get to the bottom of the issue and figure out the goal of the coachee. Again, after this round, both people had to show to the rest of the group how they felt about their problem, if the feeling was better, worse, or stayed the same. The goal of these exercises was to show that trying to push someone towards a solution for their problem isn’t the best way to handle the situation since there will always be a ‘but’ coming from the person with the issue. Asking questions and trying to get the person to thoroughly think about their situation and problem will help them reach a solution themselves that they understand and accept.

As an example of someone trying to actively deal with resistance, they showed the YouTube video called ‘It’s Not About the Nail’. The conclusion is easy and was mentioned in the paragraph above. Pushing someone towards a solution they don’t see fit will not give you the outcome you hope for.

Remi-Armand and Linda discussed a series of steps that will help facilitate the conversation with a person that has a problem and is unable to come to a solution by themselves. 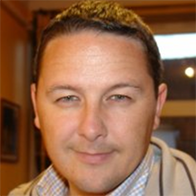 Jean-Jacques Courtens is the founder and managing partner at Adsdaq where he introduced gamification as a means of motivating the teams to deliver working products consistently.

This was an Open Space session where Jean-Jacques discussed the way he implemented gamification in his company. At Adsdaq, they work with a reward system where points can be earned by completing certain tasks. They assign points to three sections: Timesheets, demos and sprint objectives.

For all three sections, they also assign badges. For example, the team can earn the golden badge when 15 sprints in a row are a complete success.

The earned points are actually converted to Euros that are spent on team celebrations where 1 point is worth 1 Euro:

Jean-Jacques noted that the company probably spends around 3.500-4.000 Euros every year for this reward system, for a team of 8 people. It’s also important to note that the team is still being rewarded when the sprint fails and not being reprimanded for it. The reward is just a lot bigger when the sprints succeed. 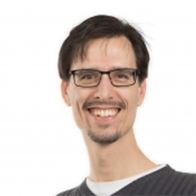 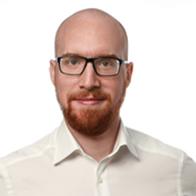 Frederik Vannieuwenhuyse is a multidisciplinary generalising specialist and is continuously on a journey of discovery and learning how to grow effective, resilient and agile organisations.

Johannes Schartau is an Agile Coach, consultant and professional Zombie Scrum fighter from Hamburg, Germany. He is passionate about creating environments for real collaboration and joyful creativity.

The first part of this exercise consisted of reading six case studies and writing down on post-it notes how you would handle each situation, what questions you would ask. These post-it notes were used in a later exercise, after an explanation of the so-called Integral Theory: 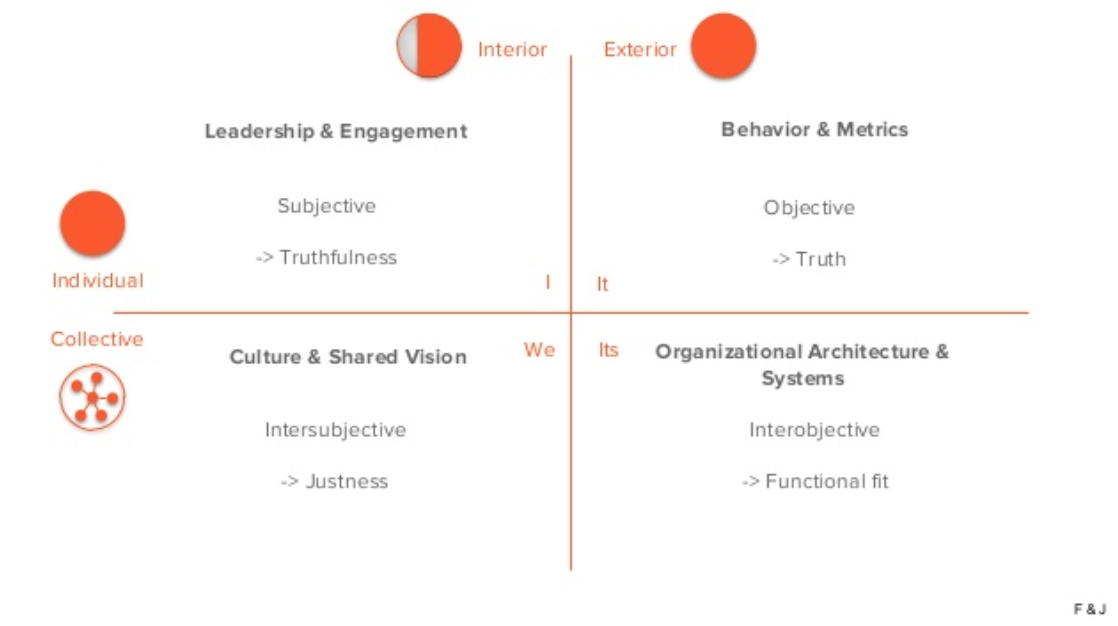 Integral Theory was created and shaped by Ken Wilber and consists of the idea that anything can be viewed as a thing by itself or as part of a larger group (Individual VS Collective). Anything can also be seen from within and from the outside (Interior VS Exterior). Based on this, Ken suggests that any kind of knowledge or experience can be assigned to any of the four quadrants shown above.

The following image gives an overview of the questions that help organize knowledge into the quadrants: 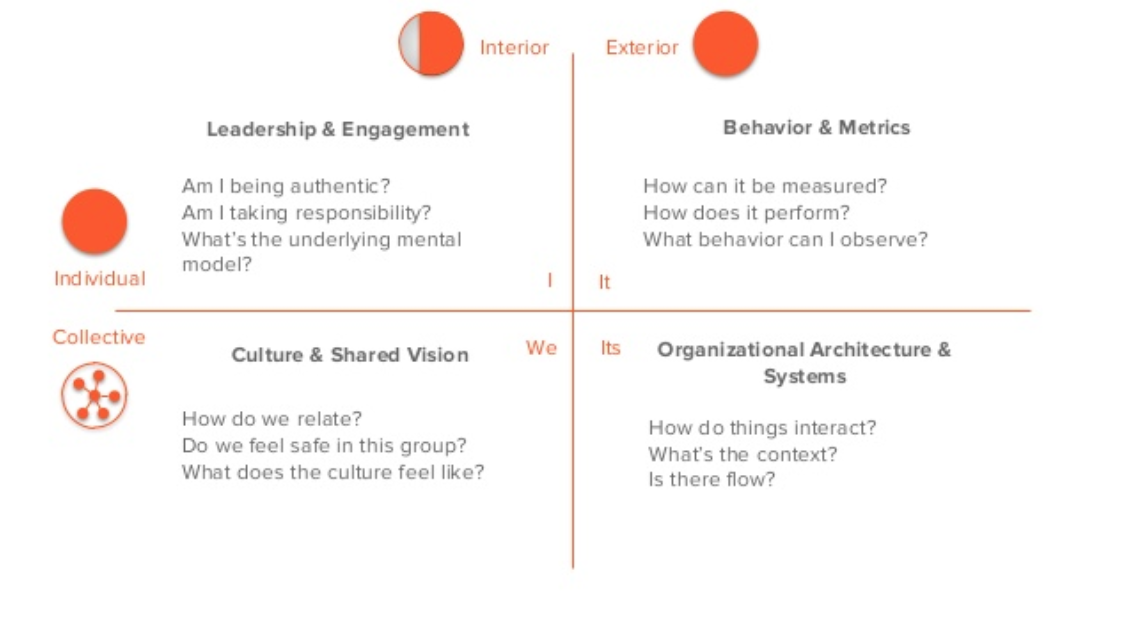 After explaining Integral Theory, we picked up our post-it notes and organized them into the quadrants that were put up across the room. When the post-it notes were assigned to their respective quadrant, Frederik and Johannes asked us to move towards the quadrant in the room that we felt we had the most experience in or we felt we were good at. Next, we had to discuss in our ‘quadrant groups’ whether the post-it notes that were put up in the quadrant were a good match for it or whether they belonged in another quadrant. The final exercise consisted of moving with your group to the next quadrants and listening to one person, that stayed behind from the initial group, explain the conclusions they reached during the initial discussion.

The presentation of Frederik and Johannes can be found here. 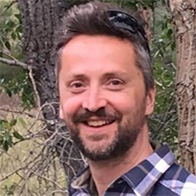 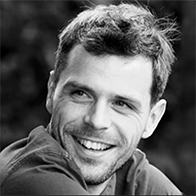 Johan Decoster is an Agile coach and trainer trying to make a difference in the lives of the people he works with by uncovering everyone’s unique potential and looking deeper into the essence behind any theory or concept.

Jef Cumps is an experienced coach and trainer supporting organisations in their transformation towards more agility and a more engaging, humane and effective way of looking at work.

The session by Johan and Jef started with a small exercise. We paired up with our neighbour and asked each other the question, ‘Why are you really at this conference, and what has it meant to you so far?’ The point of the interview was asking questions to guide the interviewee in telling their story. After these interviews, the person interviewing had to share what they had learned with the rest of the table and the others had to take notes of the summary. The steps for executing this exercise are covered in this picture: 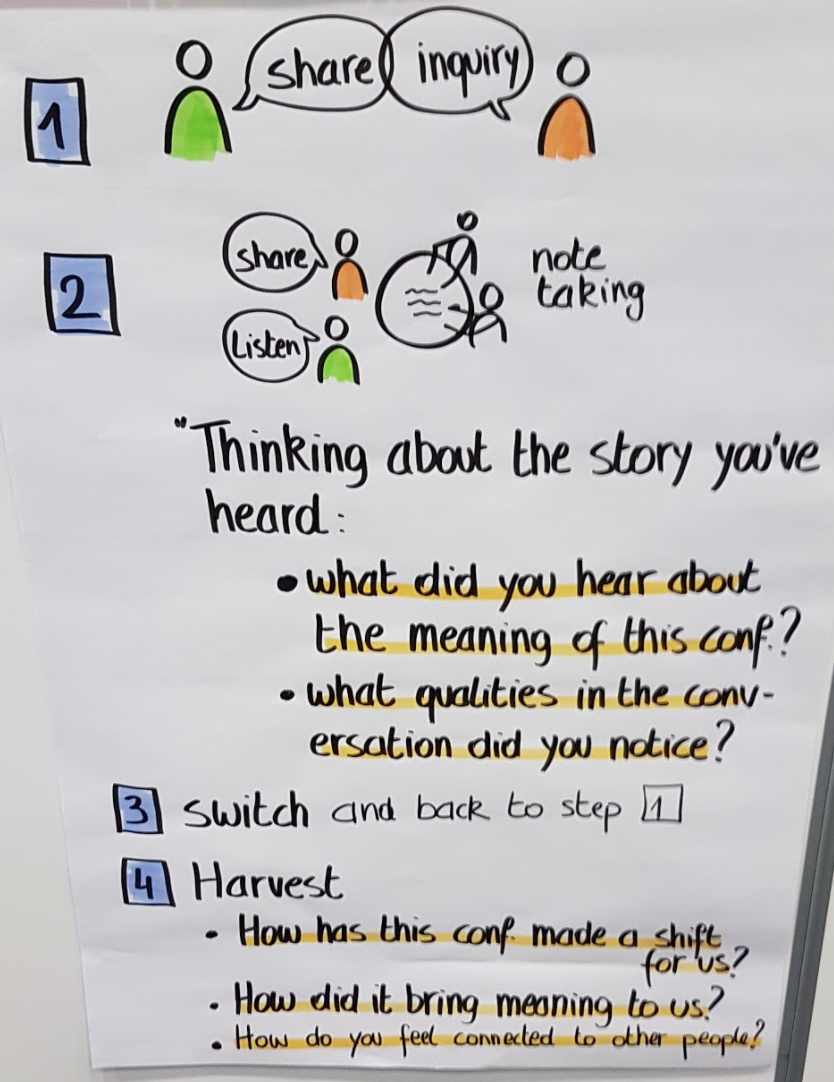 After this exercise, it was clear that asking appropriate and considerate questions is a key element of hosting a good and constructive conversation. This kind of conversation is built upon four key elements: 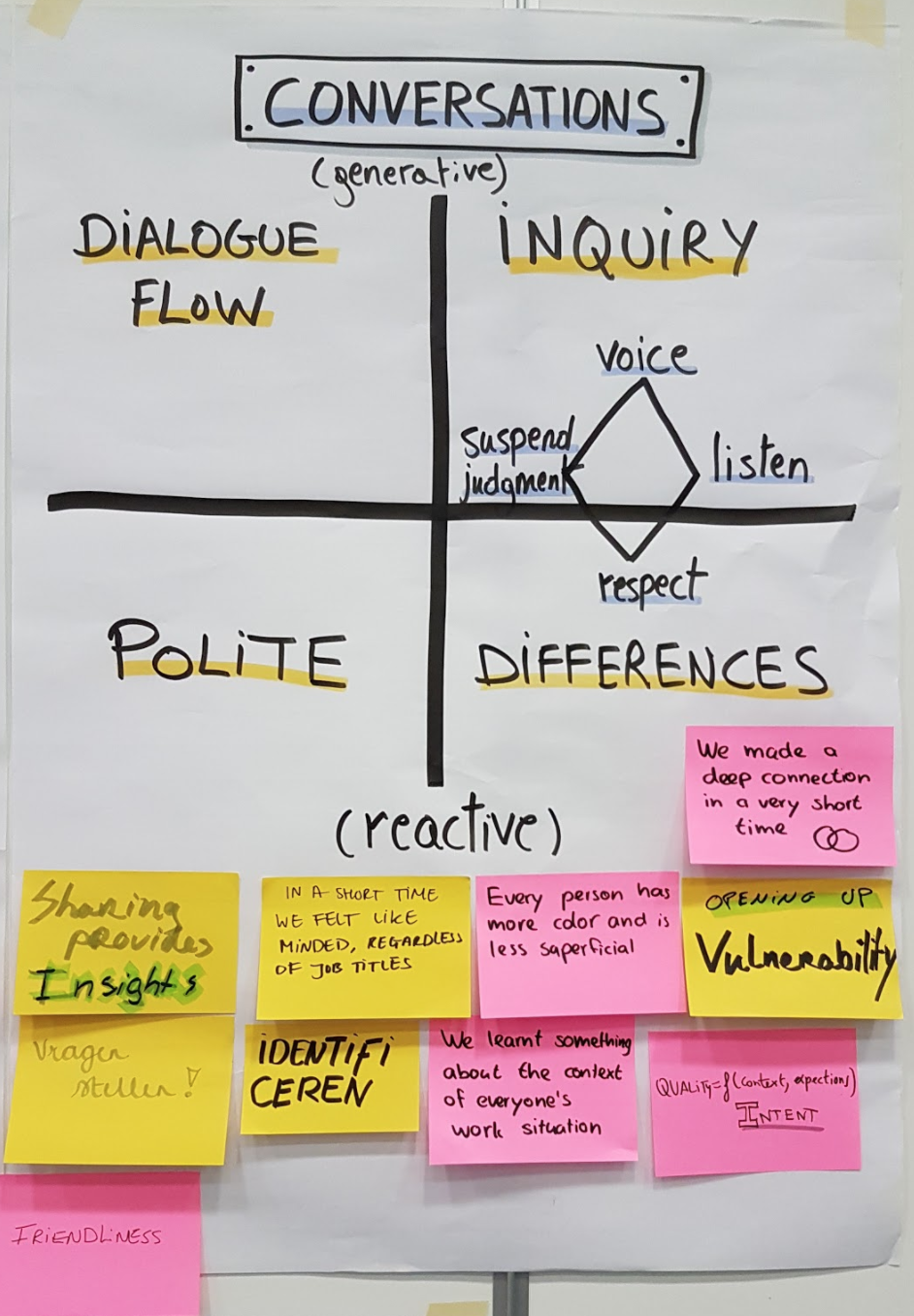 Make sure the conversation stays polite and has a good flow of dialogue, but also take note of the two other sections. It’s very important to respect the differences in ideas between you and your conversation partner. It’s okay to voice your opinion, but be considerate and respectful and make sure to not overpower the other person. Listen often and do not judge too quickly. The other person might not be good in voicing their opinion clearly so suspending judgement is always a good idea. Things may become clearer later on in the conversation.

Right before the break, people were invited to write down questions they had, where they could use the help of others to solve it. Eventually, the top 8 questions were picked and each question owner was going to be the conversation host for one of the tables. After the break, we joined a question owner at their table with a maximum of 4 persons per table. The other people helped the question owners answer their question by having three conversations based on the following questions:

Each question was assigned a time box of 15 minutes and you were only allowed to talk about that specific question during that time box. After each question, the other people at the table moved around to another table to help with someone else’s issue. So, after the exercise, every non-question owner was able to help three different persons by helping with a different question each time. This exercise is called a Pro Action Cafe, which is based on World Cafe and Open Space.

The outcome of the exercise was a group of people, happy to have some concrete actions to start working with to try and solve their issues.

More info on the Art of Hosting can be found in the following image and on the mentioned website. 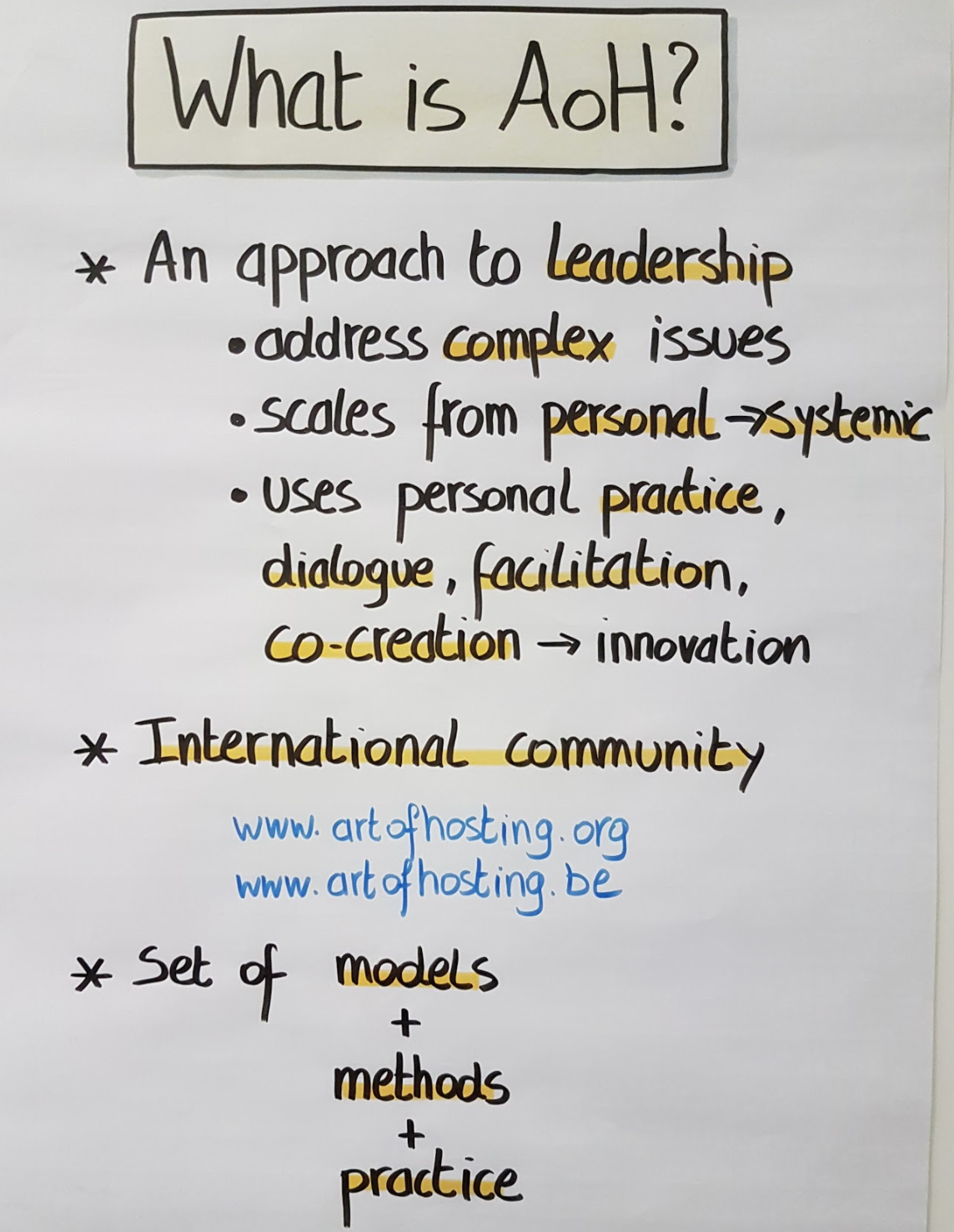 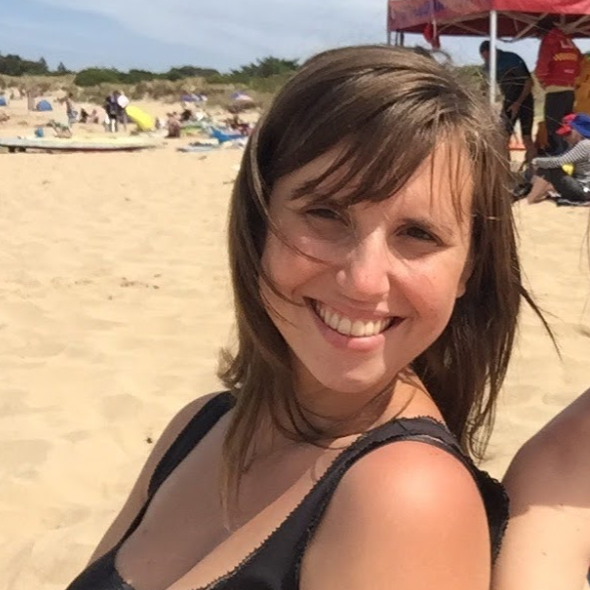 Derya is a UX Designer and React developer at Ordina Belgium. She enjoys being challenged and as the Competence Leader Agile & Design, she tries to improve her own skills continuously, while hoping to share her knowledge and help others with their understanding of Agile frameworks and UX/UI design.