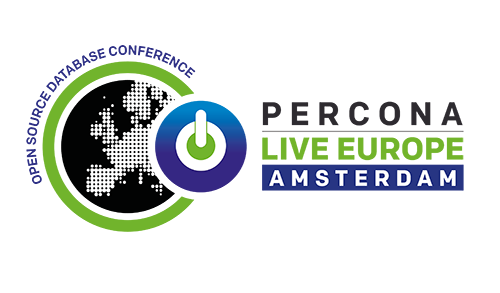 It was only three weeks before the conference, that I coincidentally discovered (and by Googling) that Percona was organizing one of the biggest Open Source Databases conferences in Amsterdam, Percona Live Europe. Until then I had never heard of Percona. Shame on me! But, Percona is mostly known in the US and according to db-engine.com it’s takes the 47th place on the popularity list of Relational Databases, and the 97th spot if you consider all database systems.

Yet, Percona is celebrating its 10th anniversary this year and among it’s more than 3000 customers worldwide it can count well-known brands like Cisco Systems, Time Warner Cable, Alcatent-Lucent, Groupon, BBC, Flickr, … among it’s customers. It was at the conference that I uncovered that Percona Server is in fact a fork of the MySQL open source database, just like the more popular fork MariaDB. Percona presents itself on their website as the only company that delivers enterprise-class solutions for both MySQL and MongoDB across traditional and cloud-based platforms.

So it was obvious that the focus of the three-day conference was on MySQL and MongoDB. With 16 tutorials on Monday, 48 sessions on Tuesday and even 64 sessions on Wednesday the line-up was impressive. Most of the sessions covered MySQL, MongoDB and PostgreSQL topics but other open source databases like ElasticSearch, Redis, RethinkDB, Clickhouse,… were also discussed. Even with two people of JWorks attending the Conference, picking the right sessions was difficult and the FoMO syndrome was clearly around the corner.

While the conference mainly had a technical focus (sometimes in-depth), with subjects as analytics, architecture and design, security, operations, scalability and performance, I was pleased that these sessions were alternated with customer stories. Eventually it is always interesting to see real life uses cases and big names like Facebook, Uber, Dropbox and Booking.com talking about the open source databases they use, and especially how they use them. Facebook was represented by 10 of its employees involved in 7 talks. To pick some : Shared MySQL hosting at Facebook, Massive Schema changes in Facebook, MyRocks Deep Dive: Flash Optimized LSM Database for MySQL, and its Use Case at Facebook, Online Shard Migration at Facebook,…

The conference made it also clear that interest in Open Source Databases continues to grow. More and more companies are looking to replace their proprietary databases to open source alternatives. The reasons for that are clear, open source databases maturity have risen to the level of the proprietary databases and some of them have even gone beyond that. And al of that, without the hefty price tag. Top Internet applications have embraced open source databases a long time ago, and now traditional enterprises are catching up to.

So me and my colleague Chris De Bruyne both returned with a backpack full of very useful information that we like to share with you in the coming months. We will definitely try out a lot of stuff, like the different open source monitoring tools for MySQL and MongoDB.

The JWorks DBA / NoSQL competence center also advocates the use of open source alternatives when appropriate, and this conference perfectly matches with our ambitions. So we already reserved 25th - 27th of September 2017 in our agendas for the next Percona Live Europe in Dublin. 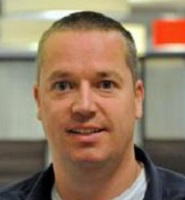 Dieter is Oracle DBA at Ordina Belgium. He has a very strong interest in Open Source RDBMS and Next generation databases.