KubeCon - CloudNativeCon - JWorks was there!

KubeCon | CloudNativeCon is a conference organised by the Cloud Native Computing Foundation twice a year, alternating between Europe and US locations. This edition took place in Valencia in Spain. The conference is the industry conference for anything Kubernetes and container-related technology. Talks range from end-user stories of the usage of Kubernetes, over methods to automate compliance in Cloud to technical deep dives into specific cloud-native building blocks. Next to the talks, there’s a solution exhibition as well. This is where vendors and (CNCF) projects have booths and you can talk to core contributors of most of the projects.

OpenTelemetry is a CNCF project focused on capturing different telemetry signals from applications. It’s a collection of tools, SDKs and APIs that enable effective observability.

In essence, it’s an ecosystem of tools that can instrument, capture and ship (currently) telemetry data to different systems. The idea is that the tooling to do so is provided by OpenTelemetry and the analysis, usage and storage are performed by other third-party tools like Dynatrace, AWS X-Ray, Elastic, Grafana LGTM or any other tool supporting telemetry data.

This was more of a general topic than a specific product or talk. During one of the keynotes, it was mentioned that there is a clear increase in software supply chain attacks from multiple vectors. Multiple talks discussed how provenance could be used to determine if an image is safe to run aka went through all the necessary steps to end where it’s being deployed. Especially the talk Fun with Continuous Compliance by Ann Wallace and Zeal Somani of Shopify and Google provides an introduction into how that could work and showcases how Shopify has this setup in their environment. It also showcases how you can link compliance evidence gathered from your systems directly into audit reports using the OSCAL standard.

Back in 2019, one the hottest topics of KubeCon (North America) was the introduction of NATS. Now, 3 years later it seemed to have gained a lot of popularity. Most of the interesting projects that where presented during talks used NATS for communication between their distributed microservice architectures.

NATS is an infrastructure is a message oriented middleware that allows applications to store and distribute data in realtime in a general manner across various environments, langauges, cloud providers and on-premises systems.

Agua de Valencia is not water from the city of Valencia as the name suggests it to be, but rather a different drink. The main thing that can’t be ignored from the Valencian scenery is its orange trees. The juice of these oranges forms the base of Agua de Valencia. Agua de Valencia is a cocktail containing orange juice, cava (the Spanish interpretation of champagne), gin, vodka and sugar, and it turns out to taste very nice in combination with Tapas after a long day of KubeCon. 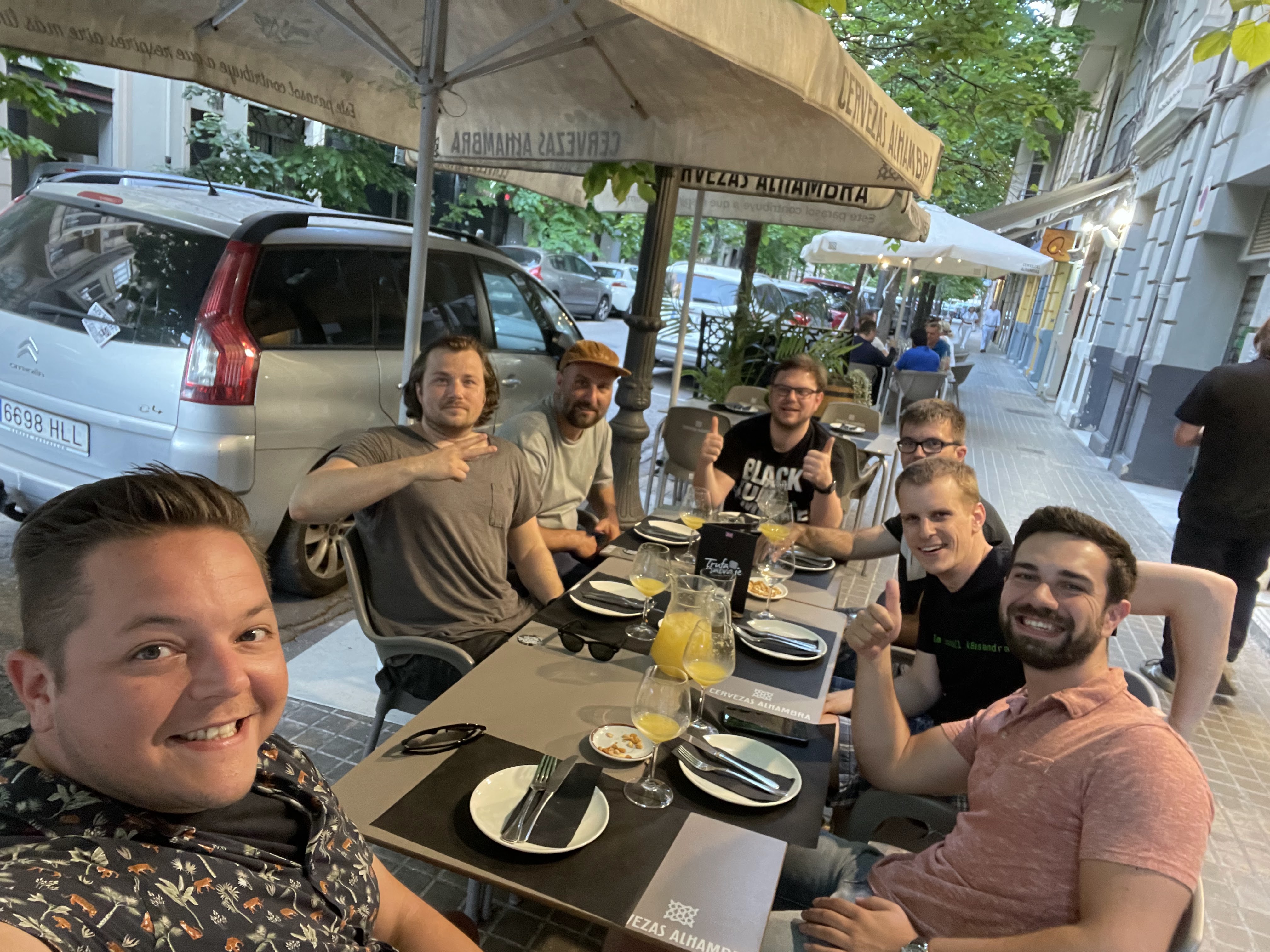 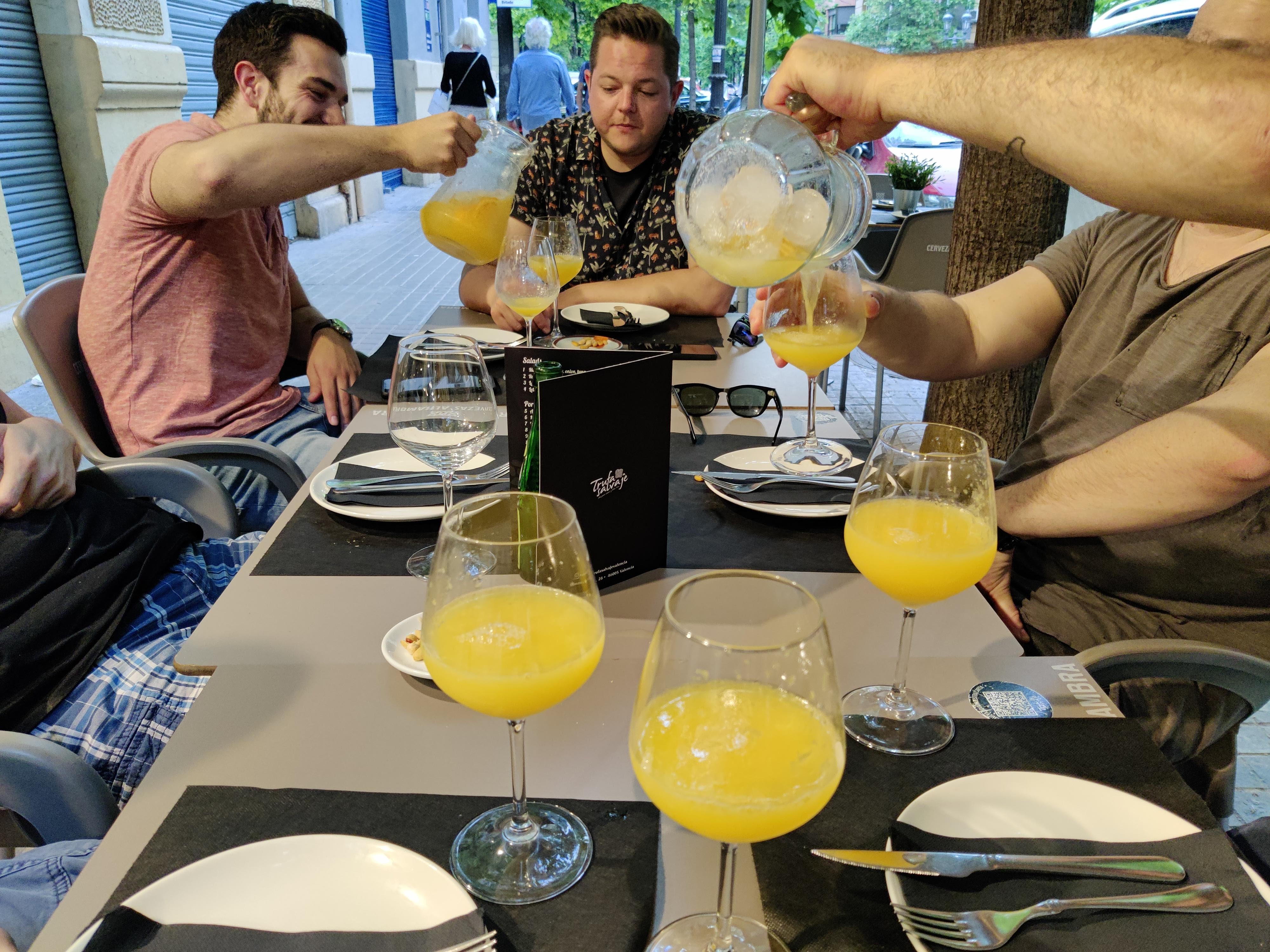 We met Cast.ai at their booth because we were triggered by the slogan “half your cloud cost”. Cast.ai is a SaaS solution aimed at reducing the cost of a Kubernetes setup by performing multiple (AI-based) optimizations. They work by installing an agent into your cluster and analysing all workloads that are deployed. Next, they provide a detailed report of the improvements you can make. Their main approach is two-fold.

Based on the analysis of all workloads, Cast.ai will provide a suggestion with nodes that are sized just right for the workloads on your cluster. Instead of using just a single VM type per node pool, they look at the workloads and which nodes would be the most cost-effective. Since this approach optimizes for the CPU, memory and storage requests in your cluster at a moment in time, you’ll have to set them correctly as well.

The second suggestion or approach they have is the usage of spot instances. When spot capacity is available in your selected regions, they will spot instances and attach them to your cluster. Since spot instances are vastly cheaper, this can generate up to 60% in savings. One of the requirements for this approach to work is that either all workloads have multiple replicas, or the cluster can sustain some workload downtime (e.g. integration cluster, some development cluster, …).

VMWare was present with their Tanzu team. They showcased how Tanzu solves the software supply chain challenges using open-source software. Ranging from tooling to support an in-house training self-service portal to the native building of images using Contour (CI) and KPack (Tanzu Build service) to managing large fleets of Kubernetes clusters across multiple (public) cloud providers, VMWare Tanzu solves all of it for you.

Of course, we also explored the city of Valencia during the hours that the conference was not in session. We can recommend having drinks at the bar in the Mercat de Colón. The city center has good tapas throughout and especially if you go to the Ruzafa district, we can recommend Trufa Salvaje.

It was clear that no expense was saved by vendors to make their products visible to people joining KubeCon. Portworx advertised “the old way” by buying ad space on old fashioned billboards next to the highway to the conference center and decals on the city metros. Gitlab had bought what seemed like all the advertisement space in the airport. It was amazing, crazy and weird at the same time to realize that those ads were there specifically to target people going to the conference. 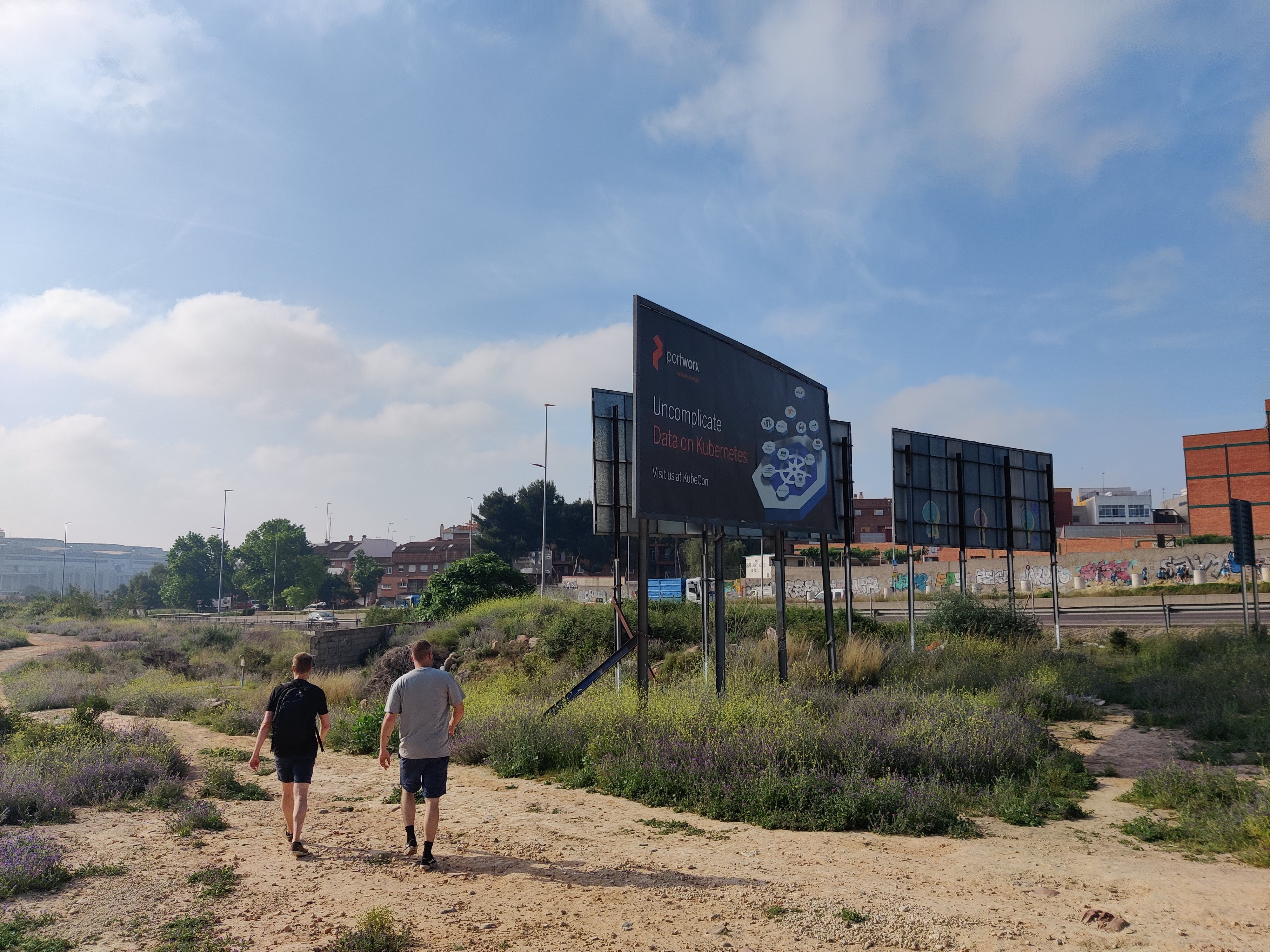 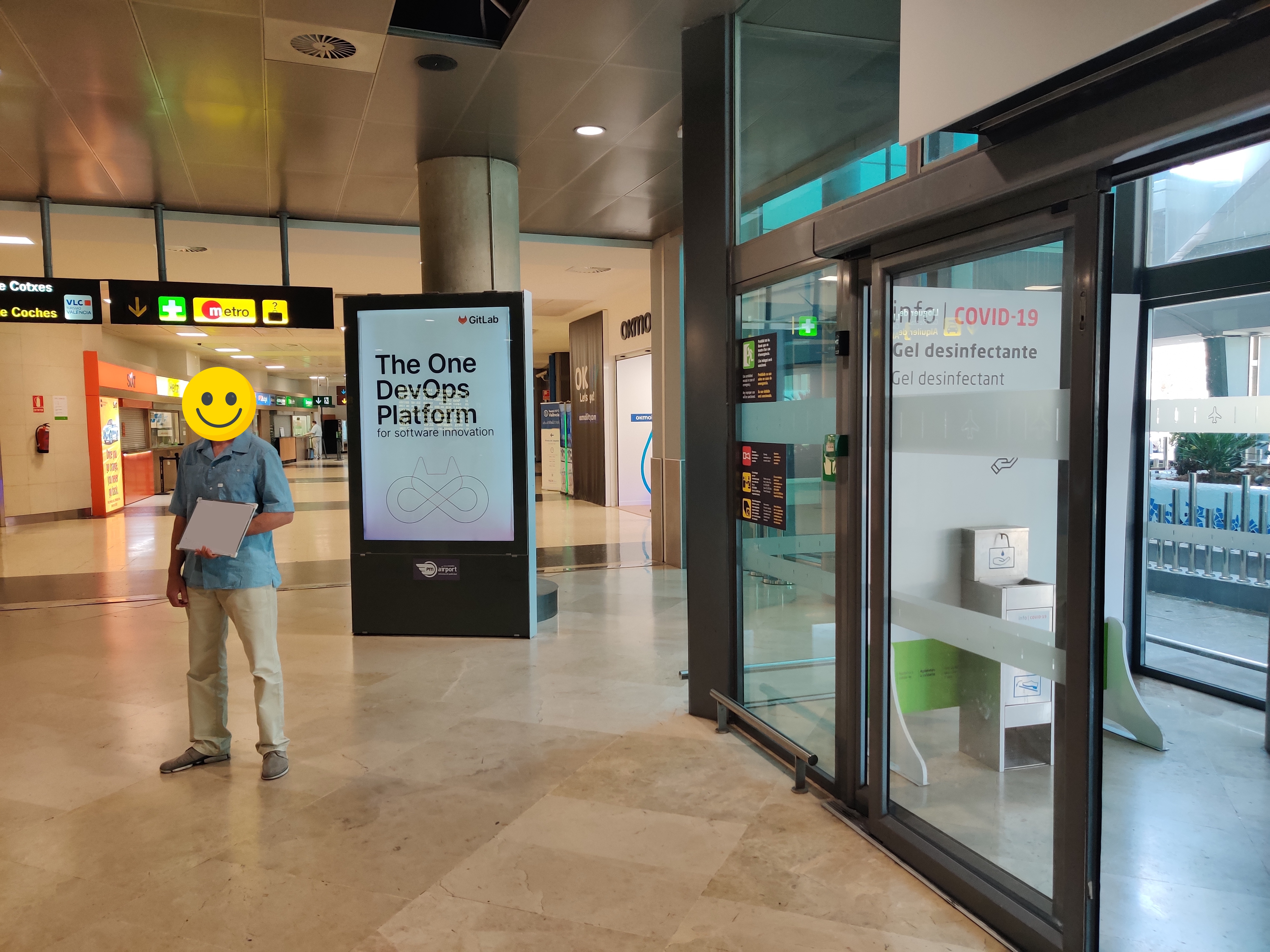 To us, there was a clear focus throughout the conference on three topics: Supply chain security, observability and FinOps. Both in the talks and the vendor area, it is clear that these topics are hot and a lot of companies are working on improving these spaces.

The most exciting CNCF project to watch in the next 12 months is OpenTelemetry for sure. They have a lot of traction in the community and seem to become the defacto standard for shipping any observability signals.

Finally, the most important takeaway from this conference is that being together as a community again is the best thing ever. Talking with co-workers about talks over drinks, talking directly to maintainers of projects you only knew by their Github or Slack handle previously and connecting with vendors that solve problems you didn’t even know you had, is simply priceless. Our team came back from this conference full of new ideas on how to improve our different projects and how to support customer use cases even better in the future. Connections with key people at vendors and open source projects have been made which make reaching out and discussing things in the future a lot easier.

“Great things in business are never done by one person. They are done by a team of people”. –> 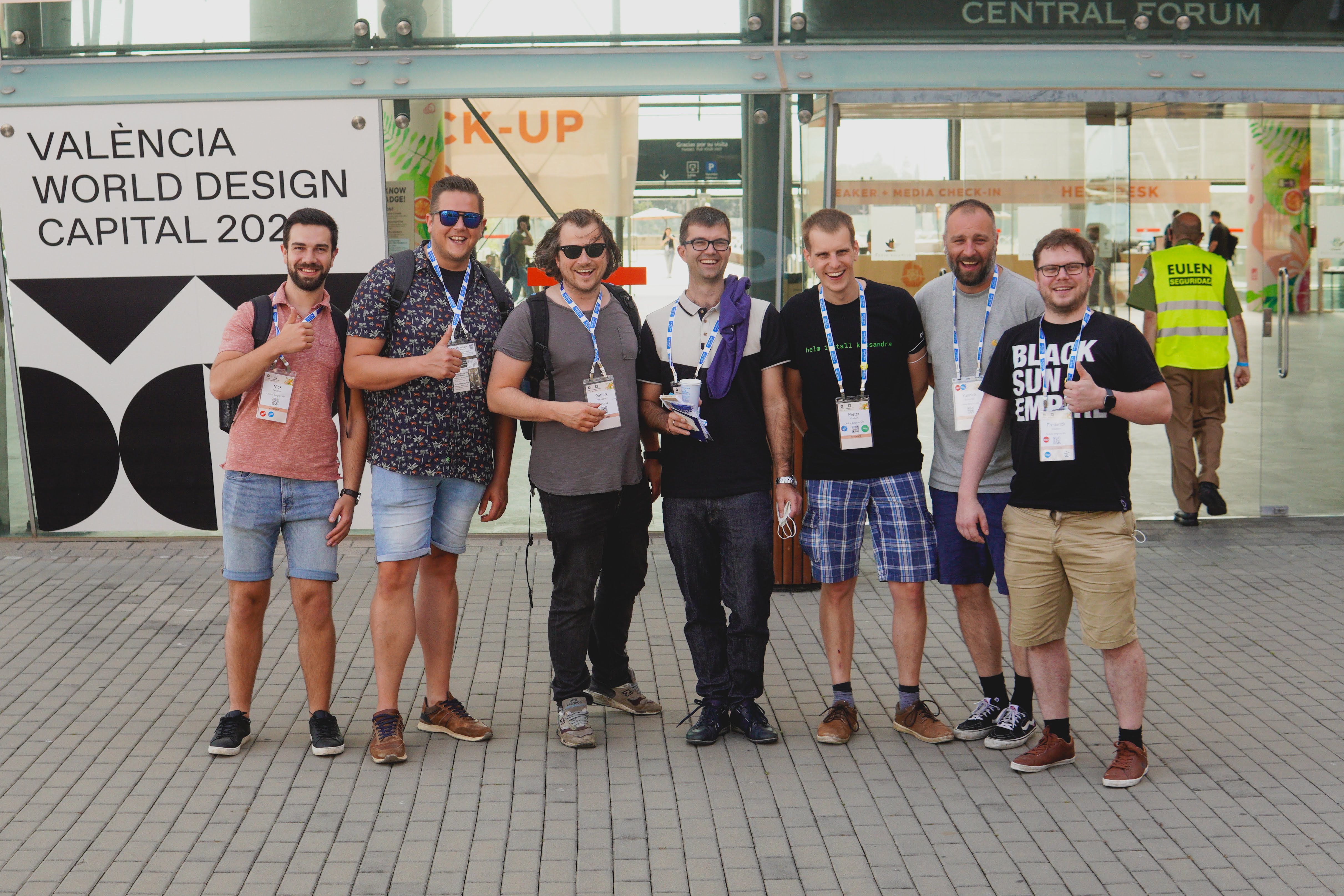 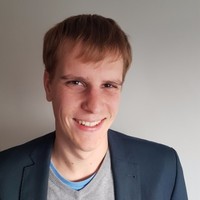 Pieter Vincken is a Cloud Automation Engineer with a strong interest in anything related to Cloud Native. He likes to optimize development workflows, from Ideation until code running in production, by enabling CI/CD to be fully automated. Any solutions he creates, will have started as an architectural drawing. 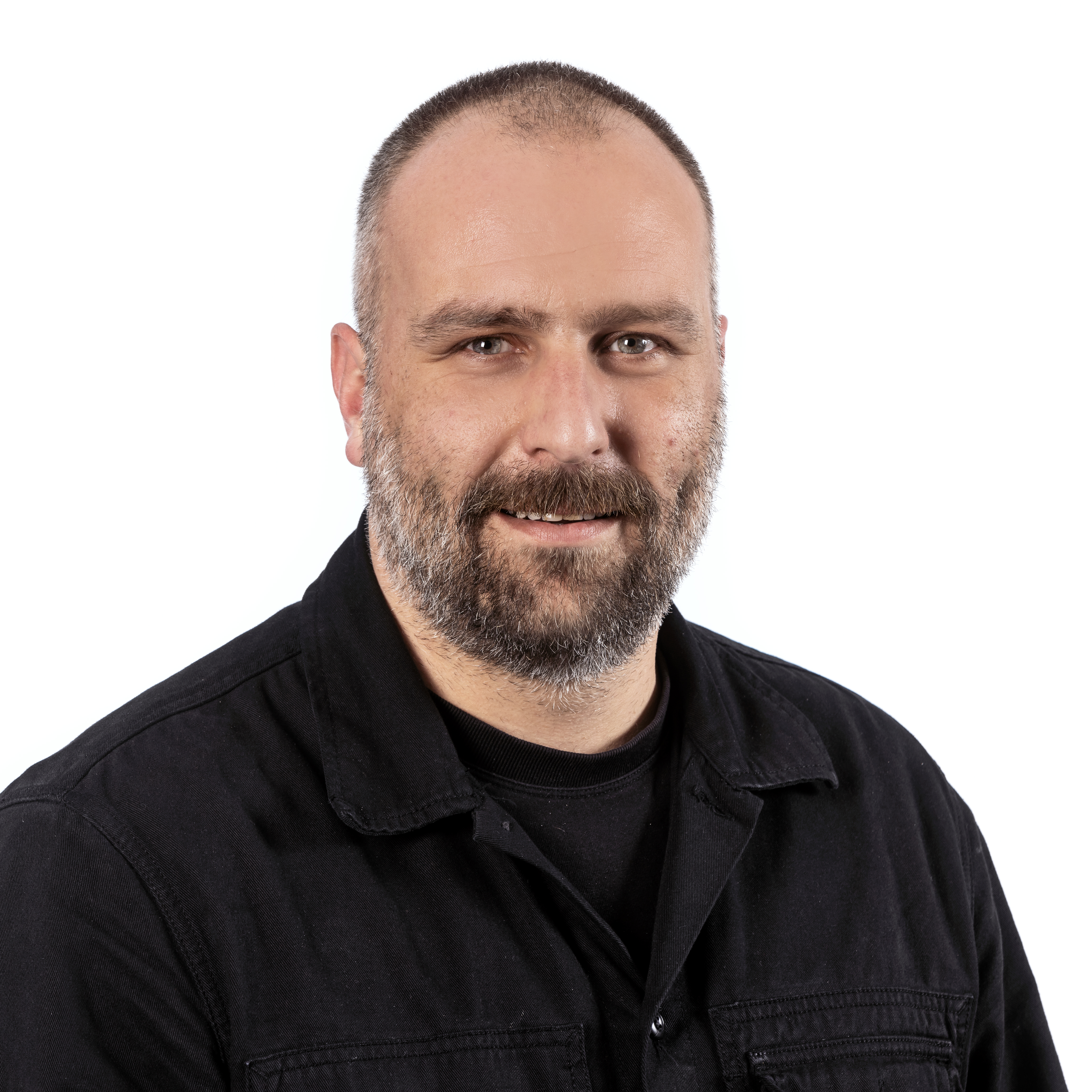 Yannick is Practice Lead for everything Application Platforms, but with a strong focus on cloud. Next to that he’s all into solutions.