I often found myself struggling when I had to integrate Angular into a Spring Boot project. This is something that should not take a lot of your valuable development time. That’s why I want to share how I did it with Gradle in a very fast and easy way.

I set up an example repo which you can find on GitHub.

This guide assumes you have a root directory that contains two child directories. One with the Angular code, and another one with the Spring Boot code. By keeping these apart from each other it will be easier to develop within the application.

We’ll make use of Gradle’s multi-project builds to split the application into multiple modules.

Because I generated my Spring Boot project with Spring Initializr I already have a Gradle Wrapper, gradlew file, gradle.bat file and settings.gradle file available. We want to move those to our root directory. Keep the build.gradle file within the Spring Boot directory.

We should also add a new build.gradle file to the root directory and another one to the child directory with our Angular code.

You should have three build.gradle files, we’ll check their content within a minute. But we first have to tell Gradle the name of our project and make sure it will recognize the two modules. This can be done in settings.gradle.

We’ll use todo as the project name and include both the backend and frontend module by specifying their directory name. It’s important that this name matches the path of the directory, otherwise Gradle cannot find these modules.

Gradle will now recognize both child directories as a subproject.

For the Angular part we want to create a jar with a static directory that contains the result of our Angular build. By doing this we can include the jar in our backend module. And because Spring Boot will automatically add static web resources located within static, the Angular application will be visible when we launch the application.

This can be done by using the com.moowork.node plugin.

Let’s take a look at the build.gradle file in our todo-ui project.

When we build the subproject it will run npm run build and create a new jar with the build result in the static directory.

We can now setup Spring Boot to include the jar.

Our Spring Boot project already has a build.gradle file generated. We just have to add one line within our dependencies to include the todo-ui module.

Build the project, execute the generated Spring Boot jar and go to localhost:8080, you should see your Angular web application. That’s all folks!

There are several ways to integrate Angular in Spring Boot using Gradle (or Maven). To me, this is the easiest and fastest way to do it. Because we’ve separated the backend from the frontend it will be a lot easier to find your way in both modules.

Now go and apply this on your own projects! Don’t hesitate to contact me if you have any questions. 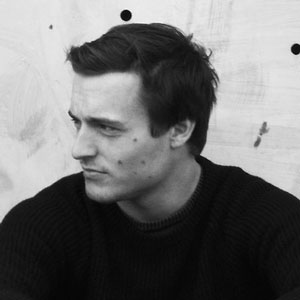 Gert-jan is a Software Developer at Ordina Belgium. He is passionate about frontend stuff, but you can easily throw him in the backend jungle and he will survive. In his spare time he’s practising some knee dragging on his motorcycle.