This blog post contains best practices that helped us optimise performance of our Enterprise Angular (v2+) Application we created for one of our clients. The project has been created in under 6 months with a dedicated team of 7 people of which 4 people are from the JWorks unit (2 front-end, 2 backend) and consists of two Angular Applications that use modules and components from a shared library. The use of Angular Universal does not apply (yet) for this project.

After each successful navigation, the router looks in its configuration for an unloaded module that it can preload. Whether it preloads a module, and which modules it preloads, depends upon the preload strategy. The Router offers two preloading strategies out of the box:

We implemented the PreloadAllModules strategy in its default configuration, but know that it is possible to create your own custom preloading strategy.

To do so, include the preloadingStrategy in your @NgModule like so:

Note that when using guards, the CanLoad guard blocks loading of feature module assets until authorised to do so. If you want to both preload a module and guard against unauthorised access, use the CanActivate guard instead.

Want to get started with lazy loading? Maybe create a custom preloading strategy? Check out the talk Manfred Steyer gave at NG-BE 2016 about improving start-up performance with lazy loading or view the Angular docs.

Code splitting is one of the most compelling features of webpack. It allows you to split your code into various bundles which you can then load on demand — like when a user navigates to a matching route, or on an event from the user. This allows for smaller bundles, and allows you to control resource load prioritization, which, if used correctly, can have a major impact on your application load time. There are mainly two kinds of code splitting that can be accomplished with webpack: “Vendor code splitting” and “On demand code-splitting” (used for lazy loading).

The CommonsChunkPlugin is an opt-in feature that creates a separate file (known as a chunk), consisting of common modules shared between multiple entry points. By separating common modules from bundles, the resulting chunked file can be loaded once initially, and stored in cache for later use. This results in pagespeed optimisations as the browser can quickly serve the shared code from cache, rather than being forced to load a larger bundle whenever a new page is visited.

Among other optimisations the extra async commons chunk allows us to drastically improve performance by moving common modules out of the parent so that a new async-loaded additional commons chunk is used, which decreases initial load time. This is automatically downloaded in parallel when the additional chunk is downloaded.

Unlike using a Virtual DOM, like ReactJS, Angular uses change detection to update the actual DOM presented to the user. Each component in an Angular application has its own change detector and in order to guarantee the latest data is always presented to the user, the default change detection strategy on an Angular component is set to always update. This means that any time JavaScript finishes executing, Angular will check for changes in all components. This usually works fast in small applications.

However, when a component has a large subset of components (e.g.: a list with several items in which every row is presented by a component), performance may take a hit, even when (almost) nothing changes. The reason is that, due to the default change detection, Angular will also check for updates on a component when a change occurs on its siblings or ancestors or child components, while this is not needed in most cases.

There are two ways to set up the OnPush strategy

The simplest way is to use only immutable objects.

Another way is to use observables as inputs.

The change detector will run when the itemStream emits a new item.

4. Reusable CSS with BEM and Sass

Sass has been an all-time favorite for writing structured and maintainable CSS for large projects. We combined this with the BEM methodology which helps to create extendable and reusable interface components. We used this approach on our project to create a style guide in the shared module that includes all working components used in the application.

Once most of the components were available we could simply start including them in the modules that needed to be built. This greatly decreased the time needed to build the functional module.

Things like colors, typography, utilities, etc. are bundled in separate files that can be included where needed. This prevents writing the same CSS over and over again and keeps the code base small(er).

Gzip is a file format and also a method of compressing files (making them smaller) for faster network transfers. It allows your web server to provide files with a smaller size that will be loaded faster by your browser. Compression of your files with gzip typically saves around fifty to seventy percent of the file size.

You can easily enable gzip compression on your server by editing your .htaccess file:

At the time of writing, the application still runs using the just-in-time (JIT) compiler. But we are looking into how we can integrate AOT.

Compilation can uncover many component-template binding errors. JIT compilation discovers them at runtime, which is late in the process.

While Angular states it’s performance driven out of the box, it is very important to optimise, where possible, especially when building a large Enterprise Angular Application. As you can see it’s not that difficult to integrate, so why wouldn’t you? Every bit of data that doesn’t end up downloading to the device of your users is a bless.

Hat tip: Try to integrate these changes when setting up your project. It would be a shame to end up refactoring your code when halfway into development. 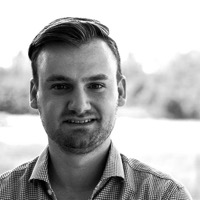 Jan De Wilde is a Senior Frontend Developer at Ordina Belgium, focussed on building quality mobile/hybrid applications that are accessible on a big collection of devices. His favorite technologies are Ionic Framework, Angular and TypeScript. Jan is also Practice Manager for the Frontend Practice where he takes care of the development and coaching of employees. 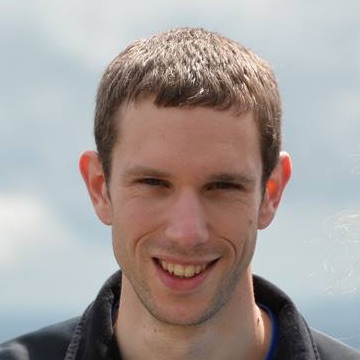 Frédéric is a Senior developer at Ordina Belgium, focussing on Frontend Development with technologies as Angular and TypeScript. Next to frontend development, he continues to maintain his backend development skills using the Spring technology stack. Frédéric is also Competence Lead for the JavaScript Competence Center where he gives workshops, talks and courses about the newest technologies. 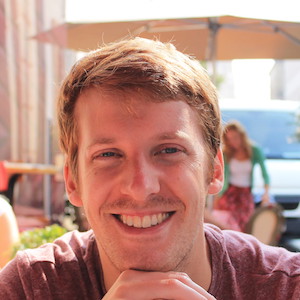