Ideally, the whole application should be a tree of components that implement clearly defined inputs and outputs, and minimize two-way data binding. That way, it’s easier to predict when data changes and what the state of a component is.

In this article I will offer some basic guidelines on how to create a scalable AngularJS application with reusable, well encapsulated components that are easy to maintain and refactor. AngularJS (version 1.5.5 at the time of writing) and its latest features offers us the ability to structure our apps as a tree of components.

Each component contains its own controller and template

It can even have its own (relative) routing configured if you take advantage of the new Component Router.

If you are on a team with multiple front-end developers you can easily divide the work by letting each developer focus on a separate component. It also helps in migrating to Angular 2, though I cannot promise it will be an easy task. Another bonus point is you are getting into the mindset of modern front-end development: web components.

My preferred toolchain when developing AngularJS applications consists of TypeScript, NPM and Webpack. The sample code in this article and the sample application are created together with these tools.

You can find the sample application on Github: https://github.com/ryandegruyter/angularjs-components

What is a component?

In AngularJS a component is a directive.

More specifically we call it a component directive or template directive. It is an approach to writing your own custom HTML elements which browsers are able to read and render. HTML comes with a set of pre-defined elements, for example the <div></div> element or the <span></span> element.

By combing and nesting these standard HTML tags we can build complex UI widgets. We can change their appearance and behavior dynamically with JavaScript and CSS.

True web components can isolate their structure, appearance and behavior. They make use of a technology called the Shadow DOM, which isolates the component in a separate DOM tree. This element will have its styles and scripts encapsulated, they will not conflict with the styles and scripts inside the parent DOM.

Angular 2 takes full advantage of this technology, but unfortunately AngularJS, the framework I will be talking about in this article, does not.

Components you write and register inside AngularJS do not get isolated into a separate DOM tree.

Lucky for us we are able to mimic the effect of Web components by using directives. We can write a reusable UI element, declare it with a custom tag and configure it by supplying attributes on the element. My advice is to be sure to use correct naming conventions and a module system so styles and scripts will not conflict with each other.

To create and register a custom element in AngularJS, we can use either methods:

While components are restricted to custom elements, directives can be used to create both elements as well as custom attributes.

There are 3 types of directives:

A Component directive is a directive with a template. The .component() method is a helper method which creates a directive set with default properties.

An Attribute directive is declared as an element attribute and they can change the appearance or behavior of an element (ng-change, ng-click, …).

A Structural directive is an attribute or element that manipulates the DOM by adding or removing DOM elements (ng-if, ng-repeat, …).

Custom UI elements should be created with the .component() helper method because it:

Beginning with a component-based application architecture we need to have a root component. Before creating a component you have to decide if it will be a Presentational component or a Container component.

Also known as a dumb component. They are used to visualize data and can easily be reused. They don’t manipulate application state nor do they fetch any data. Instead they define a public API in which they can receive inputs (< and @ bindings), and communicate any outputs (& binding) with their direct parent.

Designers can easily work on Presentational components because they don’t interfere with application logic.

These components are unaware of any application state, and they only get data passed down to them.

This component has a very simple API with one input - title - and zero outputs. It doesn’t call a service or fetch any data. It doesn’t update any outside resources or make any requests to manipulate application state. Also notice how easy it was to register this component directive.

Let’s create the same component directive but register it with the .directive() method.

As you can see, this has a lot more configuration compared to using the .component() helper method. Although it offers more power and flexibility, its more practical to have the .component() method when creating custom UI elements.

Let’s look at an example of a container component, I will leave out the complete template for brevity’s sake, you can view the complete code in the companion repository.

First we start with our component definition:

Below we define our components controller, here we can set and manipulate our template’s view model.

This component injects a data service to fetch a list of currencies. We pass this list to each <currencies-select> element in the $onInit method.

The $onInit is a component lifecycle method that gets called by the framework each time the component gets instantiated. In this method we set our view model properties _fromCurrencies_ and _toCurrencies_ equal to a list of currencies fetched from the data service.

So how does our presentational component definition look like?

Bindings define the components API, in the above case there are four bindings. Our previous example declared this component but we only noticed three inputs and one output. Apparently there is a fourth input called _showSelected_. We can guess that it’s a flag for showing the selected currency. But as a new developer, we cannot be sure.

This is one of the reasons why it is important to document your components API. It will save new developers and designers a lot of time figuring out how to correctly use your component. Your component will become more transparent and not just an abstract definition.

As you can see this component does not inject any data services or manage any outside state. It only receives data through its input bindings:

The output binding public onSelected:Function; gets called each time the onCurrencyClick method gets called, it passes the selected currency which gets communicated back to the parent component.

Make sure the parameter object key matches the parameter name in the parent component’s viewmodel, or the component will not be able to communicate any data. in this case selectedCurrency:

And inside the parent component’s template:

Another way of accessing selectedCurrency, is to use $locals. This is useful when you want to send multiple types of data back. The advantage is you don’t have to specify each parameter separately in the component’s template. The disadvantage is $locals is not descriptive.

To access the selectedCurrency you would use the property on the $locals object with the same name:

In our previous example we saw an example of child to parent communication by mapping an output binding:

The parent component can pass a method to this binding which the child component can call back and optionally send back any data to.

A child component can also require its parent components controller by mapping it in the require property:

The ^ symbol is important here. You should replace parentComponentName with the correct component name, you are free to choose a different name for the key, in this case parentCtrl. The parent controller will get bound on to the property parentCtrl.

Be aware that this creates a tight coupling between the child and parent component.

We should access and manipulate application state in our container components, but only through services, a component’s controller primary responsibility is to manage the template’s view model. You can implement a custom observer pattern inside the service, or use the rootscope as an eventbus.

A component controller can get notified by any changes by subscribing to the service:

Start with a root component and work your way down building components that are composed of either presentational and container components. Data should flow down in one direction (< and @ input bindings), and events should propagate back up (& output binding).

Application state is accessed only by container components through services. 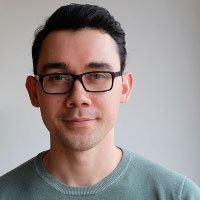